The current starting Minnesota Timberwolves point guard — who was named league MVP before Lillard even played an NBA game and was last named an All-Star back in 2012, when he was with the Chicago Bulls — has a new model put out by Adidas every year, something that continued this summer with the launch of the DRose 9.Derrick Rose.

While Rose is a beloved figure in the NBA’s largest overseas market: China.

“Going there [for the first time], it was like [I was] Muhammad Ali,” Rose told ESPN before embarking on his recent Adidas promotional tour in China. “It just made me feel great to know that all of this came from being from Chicago. Being a kid from the Midwest, it was amazing that they were even recognizing me.”

Rose is the fifth-highest paid sneaker endorser in the NBA, behind LeBron James, Kevin Durant,Stephen Curry and Harden. Rose is no longer on the level of those players on the court, but he remains just as popular as any of them in a country that has more NBA fans than the entire population of the United States.

According to industry sources, more than 70 percent of sales of the Rose line come from China, where Adidas boasts more than 10,000 stores, with plans to add 2,000 more by 2020. As recently as 2017, Rose’s No. 25 New York Knicksjersey was among the top 10 sellers in China, and he was No. 36 on the ESPN World Fame 100 list earlier this year, largely due to his continuing support from Chinese fans.

Rose recently spent more than a week in China as part of an annual tradition that began in 2011, when he was fresh off becoming the youngest MVP in NBA history. His status as a superstar for the Bulls — the franchise that Michael Jordan made popular worldwide — made him an instant sensation in the nation.

“He is probably the most important player for the Bulls and Chicago after MJ,” said Jing Zhang of LaceUp China. “He has never abandoned the pursuit of his dream of basketball.” 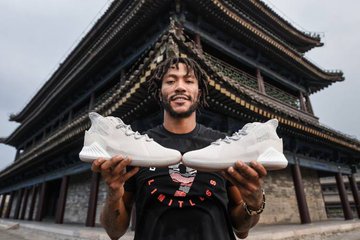 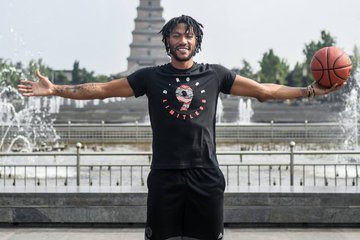 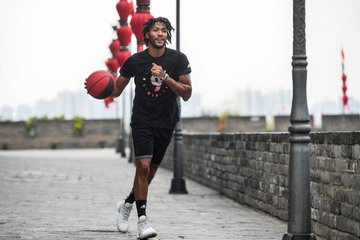 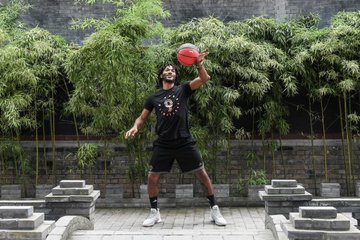 Rose’s dynamic style of play was an immediate inspiration for a generation of Chinese basketball fans, who connected with the budding superstar in his early days with the Bulls and blew him away with their support.

“The way he shows up to an event, whether it was 20 people, 50 people or 5,000 people, being this guy from Chicago, he would still say, ‘Man, I just can’t believe all of these people came out,'” said Paul Jackiewicz, who led Adidas global basketball PR from 2011 to 2016.

“It was the perfect storm,” longtime trainer Rob McClanaghan said. “Wherever we went was chaotic.”

However, while it was his on-court success that initially drew Chinese fans to Rose, it was the emotional connection the three-time All-Star made on his annual visits that kept the fans coming back. Rose’s continued perseverance through multiple injuries and setbacks appealed to a fan base that hoped to emulate his relentless pursuit of success.

Victor Sun, a longtime basketball magazine publisher based in Beijing, said each of the region’s most popular DRose models can be tied to a specific emotional moment, rather than an on-the-court play.

The first Rose shoe was worn during his MVP season, but it was his heartfelt speech and his mentions of his mother, Brenda, that resonated in China. The DRose 3 was the first model to include his signature logo, though fans most remember his overwhelmed sneaker launch news conference in Chicago, with his family seated in the front row.

“Family is one of the ways why we can relate to one another,” Rose said. “They see how me and my family are one. When you go over there, the culture is kind of the same way.”

DePaula added Rose’s MVP speech, including the mention of his mother, Brenda, struck a chord with the Chinese people:

“My heart, the reason I play the way I play, just everything. Just knowing [about] the days when I didn’t feel like I wanted to practice, having all the hard times, waking me up, going to work and just making sure I’m all right and making sure the family’s all right. Those are hard days. My days shouldn’t be hard because I love doing what I’m doing and that’s playing basketball. You keep me going every day and I love you and I appreciate you being my mother.”

Sun said the DRose 9, which dropped before Rose embarked on his latest China tour, was one of the country’s most anticipated sneaker releases, in part because of the emotional connection Rose made on his last trip to China. Last summer, as the host and moderator of an event in Shenyang, Sun surprised Rose and playeda three-minute tribute video from his fans that brought him to tears.

“It was unexpected, and it was the last day of the tour,” Rose said. “I’ve been to that mall numerous times … and I’ve saw a million videos, and I watch YouTube and see things from fans, but that video just caught me — off the strength that I could feel and relate to where they were coming from.”

Not every player lets his guard down the way Rose has. For some, the annual China trip comes off as a contractual obligation or just another way to build a larger brand presence. Fans from all over the country feel that Rose has long remained one of the more genuine players when he makes his annual visits.

“The fans see his spirit,” Zhang said. “Last year’s trip to China made me see perhaps the most humble NBA star, and it was the fans’ love for him that moved him to tears.”

One of the key insights that has driven Rose’s ongoing interest and fan base across Asia is not only that he makes himself more available, transparent and reachable than he has in recent years in the states but also that basketball fans in China latch onto the height of every player’s career, celebrating the highlights, wins and triumphs, rather than dwelling on the downturns.

“Over there, even more so than here, people never forget those moments,” Jackiewicz said. “Him hitting big shots, the many moments of his MVP season, him talking about his mom and crying at his press conference, that is all stuff that will continue to be a part of basketball history there and a really important chapter of NBA history.”

“He’s an MVP forever,” said a longtime Rose fan who is now an employee of a competing basketball brand in China.

Parker still holds the former MVP in high regard despite Rose’s fallout with Chicago. Now the newest Bull looks to rewrite some homecoming history.It’s a sentiment Jabari Parker, a Chicago native, echoed when he joined the Bulls last month.

“Derrick is a legend, no matter what — no rise and fall,” Parker said firmly. “Injuries are a part of life. Everyone has an injury, either [in] athletics or normal life. Derrick is one of the best players to ever play the game and one of the best icons in Chicago. He accomplished his duty already.”

“He gave you the Chicago answer,” Rose said with a laugh. “It’s big to hear that compliment. You know how it is with interviews. My relationship with media is different than with regular basketball athletes. My relationship is different, and I watch what I say. To hear him say that and hear other people comment about it, it made me feel good.”

That ongoing relationship has Adidas planning to ramp up the DRose line in China, where the full collection includes not only the main signature sneaker but also a line of apparel. The company plans to release the DRose 10 next season, which will make Rose just the eighth player in NBA history to have 10 consecutive signature shoes with the same brand. Adidas is also planning to re-release older DRose models, adding to a popular retro line that includes past shoes of players such as Tracy McGrady and Kobe Bryant.

The DRose 1.5, which Rose wore during his MVP season, will be the first sneaker from the Rose line to re-release, beginning with Bulls colors.

“Retros and going on to my 10th signature shoe, I think any basketball player with a brand is praying for [that],” Rose said. “I felt like I had to work to get it. I wasn’t handed a shoe when I made it to the league. They told me, if I play great, let’s rip up the contract and start over.”

Just after becoming the league’s youngest MVP, Rose entered the final season of his rookie shoe deal and quickly worked with the brand to negotiate a long-term extension before his deal was set to expire in the fall of 2012. With ample leverage on his side as the brand’s only guard signature athlete and a speedy complement to Dwight Howard‘s big man shoe series, Rose struck a new contract during the league’s 2012 All-Star Weekend in Orlando.

The unprecedented deal could extend as long as 14 years and pay him between $185 and $250 million in total, with a variety of incentives in play. With four guaranteed seasons remaining and a series of on-court provisions required for the full value of the final three years of the deal to convey, Rose is still set to receive at least $65 million from the contract.

But for Rose, the latest visit to China isn’t about making sure he fulfills that contract and continues to collect his money. As he joyfully rides a bike around a foreign land where he is now comfortable and familiar, he soaks up the appreciation and mutual admiration of his fans overseas. Surprisingly to some, he’s still finding an outlet for his ongoing sneaker line and, more importantly, a welcomed and unexpected legacy far away from home for the kid from Chicago.

“It’s all about tapping into the vibes and the love,” Rose said. “I go off of vibrations, bro. Out there, I feel very energized, I feel the love, and that’s all I ever want when I go over.”
From a local high school standout to the youngest MVP in NBA history, Derrick Rose has reinvigorated NBA basketball, wherever he’s played. Attacking and striking against the most formidable opponents, his ability to break physical laws is unlike anything seen before. With astonishing speed and power, combined with a drive and passion for the city he loves most, Rose is one of the best point guards the game of basketball has ever seen…and he’s only just begun in return to the top of the NBA. Bringing a championship is the focus, and nothing will stand in his way. This is his journey.