Ulysses L. Bridgeman, Jr., A BILLION REASONS WHY HE’S THE TRUE KENTUCKY ENTREPRENEUR HALL OF FAMER, AND SHOULD BE ELECTED TO THE NBA HALL OF FAME, NOW! 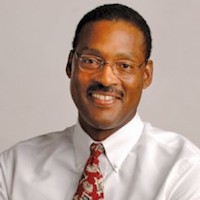 During the off-seasons of his playing career, Bridgeman worked and learned the business model of Wendy’s fast food restaurant franchise. After retiring from the NBA, he invested in the franchise and eventually owned over 100 various Wendy’s and Chili’s restaurants, before selling in 2016.  As President and CEO of Bridgeman Foods Inc, in 2017, Bridgeman became a bottler for The Coca-Cola Company, and in 2018, he signed a letter of intent to buy bottling operations in Canada. In December 2020, Bridgeman, via Bridgeman Sports and Media, bought Ebony and Jet for $14 million after the magazines had declared bankruptcy earlier in the year. Ulysses (Junior) Bridgeman received his bachelor’s degree in psychology from the University of Louisville in 1975. He was a guard for the Cardinal Basketball team and was an All-American in 1974-75.

After graduation, Mr. Bridgeman played professional basketball for more than a decade in the NBA. From 1975 to 1983 and from 1986 to 1987 he played with the Milwaukee Bucks. During the interim from 1983 to 1986, he played for the Los Angeles Clippers. During his 11 years with the NBA Players Association, he served as a Player Representative acting as a liaison between players and management, was directly involved in arbitration proceedings and assisted with implementation of special programs, such as Career Alternatives, Fitness and Wellness, and Financial Planning. He served as Treasurer for the NBA Players Association for 3 years and President for 4 years.

Mr. Bridgeman is the Owner and President of Manna, Inc. and ERJ Inc. which currently oversees the administration and operation of 163 Wendy’s Old Fashioned Hamburger Restaurants in five states and 24 Chili’s Restaurants in four states. The restaurants employ approximately 7,500 people. His company has received numerous awards from Wendy’s International including the Hall of Fame Award for overall achievement, which the company received in 1999.

Currently Mr. Bridgeman serves on the Board of Directors of Fifth Third Bank, the Library, West End School, Jackson Hewitt Board, Governors Rider Cup, Governors Scholar Program, Louisville Community Initiative, National Basketball Retired Players Association, Crusade for Children Foundation, and Wendy’s National Advertising Board. He has served as Capital Campaign Co-Chair for the African American Heritage Foundation. Mr. Bridgeman is a member of the UofL Board of Trustees, having served as its chairman from 2003 to 2005.

This new entity will conduct the league’s business in Africa, including the Basketball Africa League – a partnership between the NBA and the International Basketball Federation (FIBA). It’s the NBA’s first collaboration to operate a league outside of North America.

Bridgeman played his college years at the University of Louisville before spending most of his professional career with the Milwaukee Bucks in the NBA.

He told Louisville Business First by phone Tuesday that he still knows a lot of people around the NBA and had been watching the league’s expansion into China when he learned of the plans for Africa.

“I had been over in China and saw what they were doing in China. They were really trying to make the game a real international game,” Bridgeman said of the increased move by the NBA into other parts of the world.

Taking the NBA global is something that appeals to Bridgeman, and he said discussions around becoming an investor started a few months ago. He doesn’t expect to be a highly active investor in NBA Africa, as the league is well-positioned to lead this effort, but he said his involvement could include trips to Africa as an ambassador for the initiative.

“I look forward to seeing what they’re going to do on a new continent,” he said. “It should be exciting.”

The inaugural Basketball Africa League season, featuring 12 of the top club teams from 12 African countries, is underway in Kigali, Rwanda. The first BAL Finals will be held Sunday, May 30.

“This is a historic day for basketball in Africa, and I’m honored to join this special group of leaders who are committed to the continent and to using the game to improve people’s lives, Mutombo said in a news release. “I’m fortunate to have been among the first players from Africa to make an impact in the NBA, and because of the commitment of these individuals, countless more players will have the opportunity to follow in my footsteps in the years ahead.”

Bridgeman became a fast-food restaurant magnate after retiring from the NBA in 1987. He sold his restaurant interests and in 2017 launched Kansas-based Heartland Coca-Cola Bottling Co. and has become one of the most successful former NBA players in the business world.

Junior Bridgeman: 7 Things To Know About The Athlete-Turned-Mogul Who Purchased Ebony Magazine

7 Things To Know About The Athlete-Turned-Mogul Who Purchased Ebony Magazine Photo: Former Milwaukee Bucks player Junior Bridgeman talks to the media before an NBA basketball game between the Milwaukee Bucks and Brooklyn Nets March 1, 2014, in Milwaukee.

Ulysses Lee “Junior” Bridgeman went from playing professional basketball to becoming a media mogul and owner of two magazines that have been synonymous with Black culture and the Black experience.

Bridgeman, who played in the NBA for 12 years from 1975 until 1987, not only owns a highly successful restaurant company but is also the owner of Ebony and Jet magazines.

Here are seven things to know about the athlete-turned-mogul.

Born in East Chicago, Indiana, Bridgeman was a standout high school basketball player who went on to play for the University of Louisville. He was drafted by the Los Angeles Lakers in the 1975 NBA draft in the 1st Round (No. 8 overall pick). But almost three weeks after the draft, he was involved in a landmark trade. He was traded by the Lakers along with David Meyers, Elmore Smith, and Brian Winters to the Milwaukee Bucks for Kareem Abdul-Jabbar and Walt Wesley.

Bridgeman spent nine seasons in Milwaukee and was traded by the Milwaukee Bucks in 1984. After spending two years in Los Angeles, he returned to Milwaukee for one more season before retiring in 1987. He played in 711 games for the Bucks, still the most in franchise history.

In December 2020, Bridgeman, through his company Bridgeman Sports and Media, bought Ebony and Jet for $14 million after the magazines declared bankruptcy earlier in the year.

Bridgeman said he thought he could make the magazine profitable again with “the right ideas and the right execution,” the Chicago Tribune reported.

Ebony magazine was forced into bankruptcy in July by creditors who said it “is generally not paying its debts as they become due,” according to petitions by the creditors. The company had defaulted on more than $10 million in loans, Courier-Journal reported in December 2020. The magazine was founded by businessman John H. Johnson and has been in publication for more than 75 years. Its first issue was published in 1945.

3. Bridgeman had other magazines in sight

Before he bought Ebony and Jet, Bridgeman attempted to buy Sports Illustrated in 2019, but it was sold for $110 million to Authentic Brands Group, The Shadow League

He is a member of the Alpha Phi Alpha fraternity

6. The making of a multimillionaire

As a player, Bridgeman made about $350,000 in his final season, and he turned it into a multimillion-dollar company. He launched Bridgeman Foods in 1987.

Following his retirement from the NBA, the ex-baller invested in a Wendy’s franchise and eventually became the owner of more than 160 Wendy’s and 120 Chili’s restaurants before cashing out in 2016. His net worth is estimated to be around $600 million, The Shadow League reported.

All three of Bridgeman’s children have master’s of business administration, according to the Black Wealth Channel, and contribute to the family business, Open Court Basketball reported.

Bridgeman is listed as the second wealthiest NBA player behind none other than Michael Jordan.

Ulysses Lee “Junior” Bridgeman (born September 17, 1953) is an American businessman and former professional basketball player. Bridgeman played in the National Basketball League (NBA) for twelve years from 1975 until 1987, beginning with the Milwaukee Bucks. Bridgeman is the current owner of Ebony and Jet magazines. Despite never making more than $350,000 a season during his NBA career, Bridgeman has a net worth of over $600,000,000, making him one of the wealthiest former athletes in the world.

Born in East Chicago, Indiana, Bridgeman was a member of the 1971 Washington High School Senators basketball team, which went undefeated (29-0) and won the Indiana state high school basketball championship. Among his teammates were his brother Sam, Pete Trgovich (who played at UCLA) and Tim Stoddard (N.C. State), who would go on to have success as a Major League Baseball pitcher.

A 6 ft 5 in (1.96 m) tall guard/forward, Bridgeman attended the University of Louisville, playing under Coach Denny Crum. Bridgeman was the Missouri Valley Conference Player of the Year in 1974 and 1975. Bridgeman led the Louisville Cardinals to the 1974 NCAA Division I Basketball Tournament as a junior. As a senior, he led the Cardinals to the Final Four of the 1975 NCAA Division I Basketball Tournament, where they lost the eventual NCAA Champion UCLA 75–74 in the National Semi-Final. In his collegiate career at Louisville, Bridgeman averaged 15.5 points, 7.6 rebounds and 2.7 assists in 87 career games.

During the off-seasons of his playing career, Bridgeman worked and learned the business model of Wendy’s fast food restaurant franchise. After retiring from the NBA, he invested in the franchise and eventually owned over 100 various Wendy’s and Chili’s restaurants, before selling in 2016. As President and CEO of Bridgeman Foods Inc, in 2017, Bridgeman became a bottler for The Coca-Cola Company, and in 2018, he signed a letter of intent to buy bottling operations in Canada. In December 2020, Bridgeman, via Bridgeman Sports and Media, bought Ebony and Jet for $14 million after the magazines had declared bankruptcy earlier in the year.

Bridgeman has been honored numerous times at Bucks games since his retirement, and makes regular appearances at Bucks games for bobblehead nights and autograph signings during charity donation-drive events.

Bridgeman is a member of the Louisville megachurch Southeast Christian Church. In 2016, Forbes ranked Bridgeman the fourth-wealthiest retired athlete in the world behind only Michael Jordan, David Beckham and Arnold Palmer with an estimated income of $32 million.

On the Bucks’ appearance in the 2021 NBA Finals, and recalling his Bucks teams repeated Eastern Conference Finals losses, Bridgeman said “You know, we all wore the same jersey at some point in time. So, you feel a relationship there and you know, so much admiration for the guys that are able to get to the Finals. You know, that was our dream of ours and unfortunately, we ran into a couple of guys in Boston and Philly at the time, but they’ve been able to do it and just wishing them all the luck in the world.”

‘One of the all-time greats’: Kevin Durant puts in historic performance as Brooklyn Nets beat Milwaukee Bucks, Kevin Durant’s dazzling Game 5 was a show worthy of the NBA’s greatest player

NBA UPDATE: THE DETROIT PISTONS OF THE NATIONAL BASKETBALL ASSOCIATION ARE UP FOR SALE

CONGRATULATIONS TO THE “RECEIVING NFL GOAT”, “TERRELL ELDORADO OWENS”, ON HIS ELECTION TO THE PROFESSIONAL FOOTBALL HALL OF FAME CLASS OF 2018