‘I Wasn’t Going Out Without A Fight’: Lewis Hamilton On His Magnificent Italian GP Win

Scuderia Ferrari’s Sebastian Vettel entered Ferrari’s home race, the Italian Grand Prix, in a familiar position. He was riding a wave a momentum that he picked up as a result of dominating the previous Formula 1 race. In this case, he had just dominated the Belgian Grand Prix.

After Vettel’s dominant performance in the Belgian Grand Prix during which he led all 44 of the race’s laps after blowing by race polesitter Hamilton on the opening lap, it was clear that Ferrari had the fastest cars, especially on the power-heavy circuits, which is what Autodromo Nazionale Monza, the host track of the Italian Grand Prix, is.

So nobody was surprised when Ferrari locked out the front row of their home race, with Kimi Raikkonen starting on the pole position and Vettel starting in second place. It was expected that they would then go on to dominate the race, likely with Vettel taking the checkered flag for his sixth victory of 2018.

But was anyone really surprised when Vettel blew the race, which he has done a number of times this season, on the opening lap?

Heading into turn four of the 11-turn, 3.600-mile (5.793-kilometer) Autodromo Nazionale Monza road course in Monza, Italy, Hamilton attempted to pass Vettel on the outside. Vettel made contact with Hamilton’s car and spun out before falling to the back of the field. Meanwhile, Hamilton set his sights on Raikkonen and exchanged the lead with him twice before the pit stops, after which time Hamilton passed Raikkonen once again and held on for the race win, something that hardly anybody predicted that he would take in Monza.

Vettel rallied to finish in fourth place, but he did so in a race for which he was the overwhelming favorite. As a result, he fell 13 points farther behind Hamilton in the driver standings. With seven races to go this year, the 31-year-old German trails the 33-year-old Briton by 30 points (256 to 226).

Lewis Hamilton said that the hostile Monza atmosphere spurred him on to win the Italian Grand Prix for the fourth time in five years to increase his championship lead to 30 points.

The Mercedes driver clipped and passed title rival Sebastian Vettel on the opening lap before eventually passing Kimi Räikkönen to take the race lead with nine laps to go.

His performance ended Ferrari’s hopes of a home win after their first front-row lock-out at Monza for 18 years. 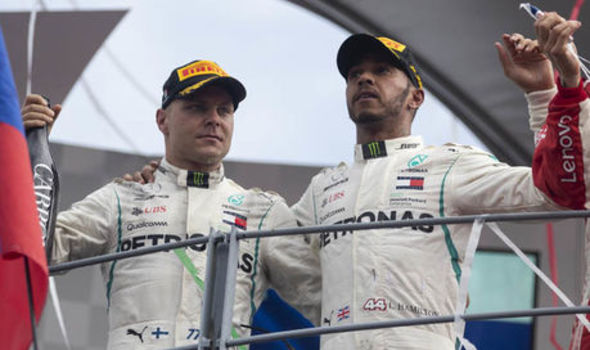 Lewis Hamilton and Valtteri Bottas finished on the podium at Monza (Image: Getty)

Bottas played a big role in Hamilton’s fifth Monza win at the weekend, after spending the latter stages of his race trying to slow down Ferrari’s Kimi Raikkonen.

But Ferrari didn’t react kindly to the tactics after they failed to win their home Grand Prix for the eighth year running.

Team boss Maurizio Arrivabene lashed out at Bottas, labelling him a ‘butler’ to Hamilton.

“We hire pilots, not butlers, even if we wanted to give the order to the team it would have been impossible, it is very dangerous and crazy to give it at the start, if possible in the course of the race,” Arrivabene told Sky Sports.

“I know what we have to do, I do not want to criticise others.”

But Bottas has since defended his team’s race tactics, insisting he was happy to help Hamilton catch Raikkonen.

“It wasn’t like I was really sacrificing my race as long I was keeping Kimi behind,” he said. 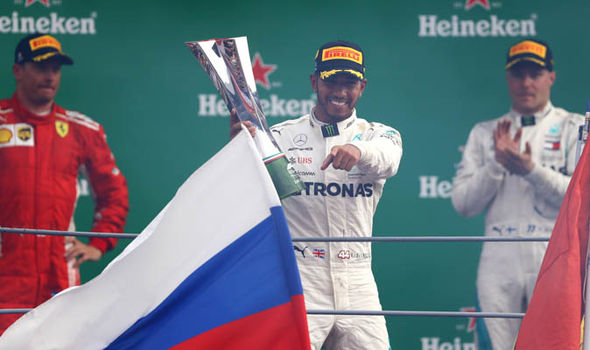 “If he overtook me then for sure I would lose time.

“Maybe a little bit earlier would have been ideal for me to stop.

“But I was happy to do it because for me I knew I would still get a chance to attack [Max] Verstappen.

“So I think it didn’t compromise my result, it was all good.” 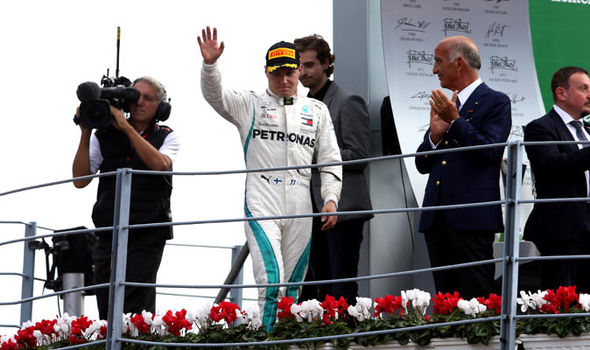 Mercedes have previously said they will consider imposing team orders after Sunday’s race at Monza.

And as Bottas is 97 points behind his team-mate with only 175 available, the Finn concedes he will likely be used as an aide for Hamilton between now and November.

“Honestly the points difference between me and Lewis is now very big so I’m willing to co-operate when it makes sense,” he said.

“We’re here as a team and we need to be realistic. 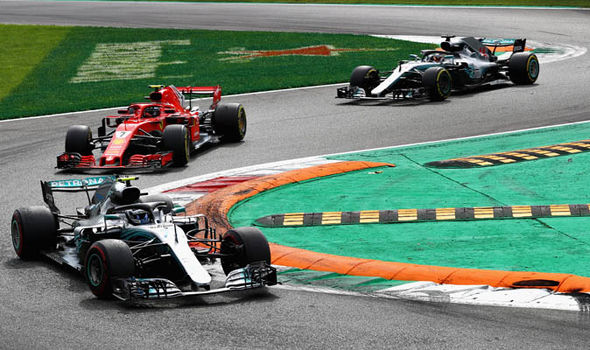 “The team wants to win both titles.”

The F1 action returns next weekend, when Singapore will host the 15th race of the season.

MORE ON THE GREATEST F1 DRIVER OF ALL-TIME

Lewis Carl Davidson Hamilton MBE (born 7 January 1985) is a British racing driver who races in Formula One for Mercedes AMG Petronas. A four-time Formula One World Champion, he is often considered the best driver of his generation and widely regarded as one of the greatest drivers in the history of the sport.[note 1] He won his first World Championship title with McLaren in 2008, then moved to Mercedes where he won back-to-back titles in 2014 and 2015 before winning his fourth title in 2017. Statistically the most successful British driver in the history of the sport, Hamilton has more World Championship titles (4) and more race victories (68) than any other British driver in Formula One. He also holds records for the all-time most career points (2,866), the most wins at different circuits (26), the all-time most pole positions (78) and the most grand slams in a season (3).[note 2]