Serena Williams, “THE GOAT OF THE WTA”, Has Been Named Celebrity Brand Ambassador For The Company, And Stars In New Lincoln Navigator Campaign

Lincoln is turning to a new star to help it pitch the hot-selling Navigator SUV. Tennis megastar and businesswoman Serena Williams. She’ll help pitch the Navigator in a social media campaign that launched Thursday.

Williams is known for her tennis exploits, having won a record 23 Grand Slam singles titles and four Olympic gold medals. In the early 2000s, Williams wore Puma apparel and footwear on court. She used the Wilson Hammer 6.4 Stretch Power Holes racquet. Today, she is endorsed by Nike and uses the Wilson Blade 104. 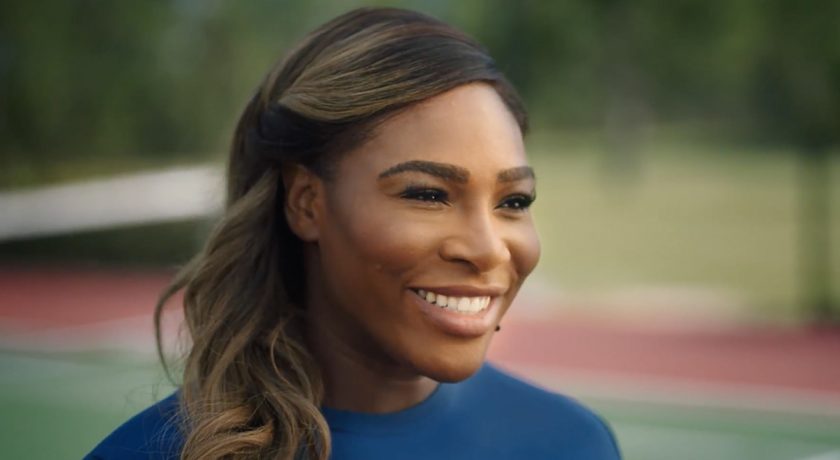 Lincoln released four short spots that will appear on Lincoln and Williams’ social channels. In one, the longest at 41 seconds, Williams recalls buying her first Navigator as a teen and says she’s come full circle as a mother. She dubbed the vehicle “Ginger.” “Ginger was all white, she had 22s and she had rims,” she says in the spot. “I felt like, you know, I was kind of balling in a way. It was like my first huge purchase.” Another shows Williams talking on a tennis court about being a mother and how the vehicle functions as a kind of bedroom for her daughter, Olympia, who was born last September. “For me that’s what’s most important.”Lincoln has named Serena Williams as its new celebrity brand ambassador for the 2018 Lincoln Navigator.

“Serena is an amazing athlete who has won 23 Grand Slams, but she also has a family and her own clothing line, she sits on major boards and she’s philanthropic—she has all these competing demands on her time,” The Lincoln Motor Company group marketing manager John Emmert said in a statement. “We know time is our Navigator client’s ultimate luxury as she balances everything in her busy life, and Serena exemplifies that balance with poise and grace.”

A debut video features Williams explaining her relationship with her first Navigator, which the young tennis star acquired when she was 18 or 19 years old as what she refers to as her “first huge purchase.” After sister Venus Williams told her she had to name the vehicle, she dubbed it Ginger.

“I’ve always had a connection physically and emotionally to the brand,” Williams said in a statement. “When I first got Ginger, it was my big step up. I had a real luxury car now, and it felt different. I felt safe, I felt good. When the opportunity came to work with the Lincoln Navigator today, I was really excited. I remember all of the moments I had in my first vehicle.”

According to a press release, Serena drove Ginger for some eight years before passing it down to her niece.

“Now, I’ve become a mom, and my Navigator is like my new home. I take business calls from it, and it’s kind of like Olympia’s room—she goes to sleep, she takes naps, she wakes up, and she’s comfortable in it. For me, that’s important,” she added. “I want what’s best for my baby and best for me. I want what makes me feel most comfortable and what I feel most confident in driving, and I feel like the Navigator checks all of those boxes.”

MORE ON SERENA WILLIAMS, THE GOAT OF THE WTA:

Serena Jameka Williams (born September 26, 1981) is an American professional tennis player. The Women’s Tennis Association (WTA) has ranked her world No. 1 in singles on eight separate occasions over the last 15 years from 2002 to 2017. She became the world No. 1 for the first time on July 8, 2002. On her sixth occasion, she held the ranking for 186 consecutive weeks, tying the record set by Steffi Graf for the most consecutive weeks as world No. 1 by a female tennis player. In total, she has been world No. 1 for 319 weeks, which ranks third in the Open Era among female players behind Graf and Martina Navratilova. Some commentators, players and sports writers regard her as the greatest female tennis player of all time. On April 19, 2017, she announced a hiatus from tennis until 2018 because of pregnancy.

Williams holds the most Grand Slam titles in singles, doubles, and mixed doubles combined amongst active players. Her record of 39 Grand Slam titles puts her 3rd on the all-time list and second in the Open Era: 23 in singles, 14 in women’s doubles, and 2 in mixed doubles. She is the most recent female player to have held all four Grand Slam singles titles simultaneously (2002–03 and 2014–15) and the third player to achieve this record twice after Rod Laverand Steffi Graf. She is also, together with her sister Venus, the most recent player to have held all four Grand Slam women’s doubles titles simultaneously (2009–10).

LONDON, ENGLAND – JULY 09: Serena Williams of The United States celebrates during The Ladies Singles Final against Angelique Kerber of Germany on day twelve of the Wimbledon Lawn Tennis Championships at the All England Lawn Tennis and Croquet Club on July 9, 2016 in London, England.

She has won 14 Grand Slam doubles titles, all with her sister Venus, and the pair are unbeaten in Grand Slam doubles finals. As a team, she and Venus have the third most women’s doubles grand slam titles, behind the 18 titles of Natasha Zvereva (14 with Gigi Fernández) and the record 20 titles won by Martina Navratilova and Pam Shriver. Williams is also a five-time winner of the WTA Tour Championships in the singles division. Serena has also won four Olympic gold medals, one in women’s singles and three in women’s doubles—an all-time record shared with her sister, Venus. The arrival of the Williams sisters has been credited with ushering in a new era of power and athleticism on the women’s professional tennis tour. Earning almost $29 million in prize money and endorsements, Williams was the highest paid female athlete in 2016. She repeated this feat in 2017 when she was the only woman on Forbes‘ list of the 100 highest paid athletes with $27 million in prize money and endorsements. She, @serenawilliams ,  has won the Laureus Sportswoman of the Year award three times (2003, 2010, 2016), and in December 2015, she was named Sportsperson of the Year by Sports Illustrated magazine.

THE 2013 STATE OF MARYLAND’S PREMIER THOROUGHBRED HORSE RACE AT PIMLICO RACE COURSE, “THE PREAKNESS STAKES”, WAS A COMPLETE BLAST, AS OXBOW UPSETS THE FAVORITE,”ORB”, AND WINS CONVINCINGLY IN A WIRE TO WIRE BLOWOUT!!!!!!!!!!!!!!!

FLOYD MAYWEATHER VS VICTOR ORTIZ, FOR THE WBC WELTER WEIGHT CHAMPIOSHIP OF THE WORLD