Marcus Freeman Is The New Notre Dame Head Coach Of Football, And the Notre Dame players and fans rally around their new coach

As the 48-hour mark neared since the news of Brian Kelly’s sudden and shocking departure broke, the Notre Dame football program and fanbase were still reeling. Kelly had hopped on a plane to Baton Rouge on Tuesday morning, at which point LSU quickly began churning out content about winning championships and talking heads debated whether the move was the right choice. But after the initial shock subsided, the path to the next head coach became blindingly clear to just about every single person involved with the Irish football program.

Enter defensive coordinator Marcus Freeman, a former Ohio State linebacker who spent four years in the DC position with the Cincinnati Bearcats. Freeman is 35 years old and has never been a head coach before. He’s been at Notre Dame less than a year, after Kelly brought him on following his former DC’s departure to be the head coach at Vanderbilt. A lot of these facts may seem to be marks against him — his short time with the program, his youth, his lack of experience. And yet — and yet — the athletes, recruits, alums, former players, fans, and boosters rallied around him like I’ve never seen before. Player after player posted supportive messages and photos for Freeman on Twitter, recruits told reporters that they would decommit if he wasn’t the next head coach, program alumni hosted a Twitter Space titled “Marcus Freeman is the next head coach at Notre Dame,” and the call from fans on the message boards was unanimous.

Then the news broke that Kelly was offering almost all of his former staff a raise to come join him at LSU, including Freeman and offensive coordinator and former Irish QB Tommy Rees. The optimism among the fans turned to panic, as Notre Dame is not exactly known for opening up their pockets in this sort of situation (see: Brian Kelly). The players took matters into their own hands again, tweeting out #PayTommyRees on the day that athletic director Jack Swarbrick was set to meet with Rees to discuss his future at Notre Dame following reports that LSU was offering him a $400K raise. Well, Tommy Rees apparently got paid, because he gathered the team together on Wednesday night to tell them the news: “I’m fucking staying.”

By this time, rumors from anonymous sources that Freeman would be the next head coach (and the second Black head coach in school history after Ty Willingham in 2002-04) were just about everywhere, with the caveat that university president Father John Jenkins would have to sign off on the hire — complicated by the fact that Jenkins is currently in Vatican City, and it was around 1 a.m. when the news was breaking (just wake him up!!). But it became more than just a rumor as the Irish coaches circled the wagons — the strength and conditioning coach? Staying. The running backs coach? Staying. Tight ends coach? Still in South Bend. And Mike Elston, the program’s recruiting coordinator and defensive line coach, who followed Kelly from Central Michigan to Cincinnati to Notre Dame for nearly two decades? Staying. At. Notre. Dame.

The way Kelly’s departure went undoubtedly rubbed people in the program the wrong way, particularly with a shot, however long, at seeing the playoffs on New Years’ Eve. But that’s not necessarily enough to make everyone stick around. The staff seems to have some real faith in Freeman’s ability to lead the team. He won over the locker room and the recruits, but these coaches’ decisions to stay perhaps say the most about where they believe the program is headed after nearly being gutted by Kelly. On Monday night, the fans were in a state of absolute despair, and by Wednesday evening, they were more optimistic about the future of the Irish football program than I’ve ever seen them.

The days of the old guard at Notre Dame may be coming to an end now, with a 35-year-old at the helm and 29-year-old Rees as second-in-command. What does Notre Dame look like without retirement-age guys screaming at kids on the sideline? Hopefully better. Hopefully different. Hopefully able to move past wistfully yearning for the good old days — Freeman was two years old when Notre Dame last won a national championship, which gives me confidence that he’ll be able to usher in some real change absent of historical context. The program is quickly closing ranks and Kelly is giving the players absolute truckloads of motivational content by essentially telling everyone that he doesn’t think that Notre Dame can win a championship. The unanimous confidence in the hiring of a young Black coach (only the second Black coach in Notre Dame’s history) indicates a culture shift for the program, a changing of the guard to the next generation that just might finally — FINALLY — be able to win it all.

Marcus Freeman had options for 2021.  He could have followed Brian Kelly to be the defensive coordinator at LSU. He could have ended up at Cincinnati had Notre Dame put on a full-court press for Cincinnati coach Luke Fickell. He could have gone back to his alma mater and helped with the defense at Ohio State in 2021. Freeman, however, stayed put. And Notre Dame, especially the players, are going to love him for it. Freeman is expected to be named Notre Dame’s next coach, according to Irish Illustrated.

Marcus Freeman is expected to be the next head coach at #NotreDame.

This is a massive win for the Fighting Irish.#IrishIllustrated and @247Sports have reported from day one that he was priority No. 1 and was the favorite to win the job.

Notre Dame safety Kyle Hamilton endorsed that decision before it happened on the “Inside the Garage” podcast with teammates Cam Hart, Conor Ratigan and KC Wallace on Tuesday.

“I’ll put my vote out there for Marcus Freeman, easily,” Hamilton said on the podcast. “Since he’s come in here it feels like we’ve known him for years. He’s always even-keel. He’s the same guy every single day. I think he’s a great leader.” Imagine being able to make that kind of impact. Freeman, in his first year as Notre Dame’s defensive coordinator, was able to make a connection with a roster that compiled a 33-6 record the previous three seasons that strongly connected with his predecessor, Clark Lea.It’s a move that keeps Notre Dame together in the short term. According to The Athletic’s Matt Fortuna, offensive coordinator Tommy Rees intends to remain on the staff, too. The Irish still have an outside shot to make the College Football Playoff depending on Saturday’s results, and having Freeman on staff ensures that the continuity of the coaching staff will not be compromised. If the Irish do get in the playoff, Kelly’s departure to LSU might have the opposite impact. This move, at least on the onset, has galvanized a talented roster. Will it work in the long term? Notre Dame athletic director Jack Swarbrick is taking a risk considering Freeman has no head-coaching experience and is taking on arguably the toughest job in college football, one that is akin to the Dallas Cowboys in the NFL. Kelly did manage that high-pressure job 12 seasons. The interesting development here is the perception that Kelly left because of the recruiting advantages at LSU. The Irish have a top-10 recruiting class, and Freeman could offer a new pitch with recruits in the era of NIL and the transfer portal. He already has the support of future NFL stars like Hamilton. The Athletic’s Pete Sampson also detailed one of those stories, where Freeman compared Notre Dame to Jay-Z with recruits.

During the summer we had Marcus Freeman on our podcast The Shamrock and I asked him about recruiting for Notre Dame. Here was his answer. I was floored. pic.twitter.com/SpIWCIJiKp

The idea is that Notre Dame is a legacy program, and Freeman offers something different than Kelly, Charlie Weis or Tyrone Willingham, the program’s first African-American coach who lasted just three seasons from 2002-04.

Unlike those three coaches, Freeman has the “player’s coach” label from Day 1. He doesn’t have to prove himself to the locker room, and the Notre Dame decision-makers wanted this hire.

Freeman will be around longer than three years, especially with the setup. A top-5 recruiting class is coming in, and the Irish return enough talent next year that they will be in the College Football Playoff conversation again. If the CFP ever expands, Notre Dame will be a regular.

Will Freeman be the one that breaks the program’s national championship drought that extends back to 1988, which is seven years longer than the Cowboys’ Super Bowl drought? That remains to be seen, but this doesn’t feel like a turning point for the program.

They are headed in the right direction.

Notre Dame had other options for 2021, too. They could have chosen two other former Buckeyes to lead the Irish out of the tunnel in the season opener at Ohio State. Fickell would have been great given his Catholic ties in the Buckeye State. Former Ohio State coach Urban Meyer would have been the most-proven winner, but that still feels like a move that should have been made in 2005 and his off-field issues at Florida, Ohio State and in Jacksonville probably made the Irish a little squeamish.

Instead, Freeman will run out of that tunnel next season, and it feels right for so many reasons.

Just ask the players who will be coming out behind him. 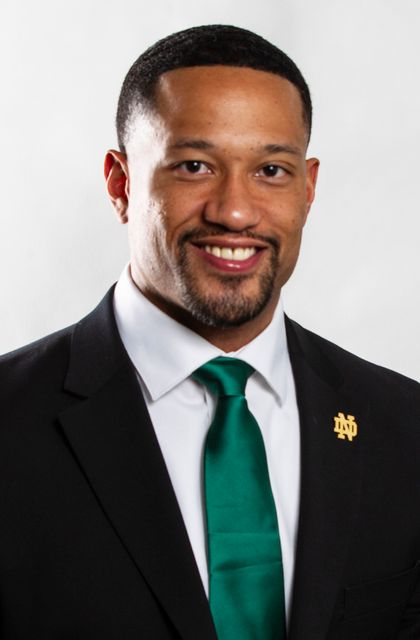 Marcus Freeman (born January 10, 1986) is an American football coach and former linebacker, who is currently the defensive coordinator for the Notre Dame Fighting Irish football team. He was drafted by the Chicago Bears in the fifth round of the 2009 NFL Draft. He played college football at Ohio State. It was reported that Notre Dame will announce is hiring as new head coach.

Freeman played college football at Ohio State and was drafted by the Chicago Bears in the fifth round of the 2009 NFL Draft. He has also been a member of the Buffalo Bills and Houston Texans.

His father Michael Freeman met his mother Chong while he was serving in the Air Force in South Korea. Marcus was born at the Wright Patterson Air Force Base Medical Center in Fairborn, Ohio. He has an older brother, Michael Jr. The family lived in Huber Heights and Marcus attended Wayne High School.

Freeman was rated as one of the top three overall prospects in Ohio as a senior and named to the Parade All-America team coming out of Wayne High School in Huber Heights, Ohio. He was credited with 127 tackles, four sacks, three forced fumbles and three fumble recoveries as a senior. He totaled 152 tackles, including 29 behind the line of scrimmage, and eight sacks as a junior Freeman was a four-year starter and a two-time first-team All-Ohio selection. He also ran track, competing in the 4×100-meter relay and throwing the shot and discus.

50YRS AGO, THE PITTSBURGH PIRATES FIELDED THE GREATEST BASEBALL TEAM TO EVER START A MLB GAME