Tiger Woods To Receive $11 Million From PGA… Despite Not Hitting A Single Shot This Year. Tiger Woods reminds people who is PIP King. Call it “GOAT(GREATEST OF ALL TIME)REVENUE”

Team USA vice-captain Tiger Woods reacts during the practice round for the Ryder Cup at Hazeltine National Golf Club.

As a nine year-old, Tiger made a bold commitment to his father, Earl: I’m going to be professionally excellent.

When Tiger Woods was hospitalised after his showstopping car accident back in February, it was quite obvious he’d be out of action for some time – but thanks to the PGA Tour’s Player Impact Program (PIP), his on-course earning potential might not be taking that much of a hit in 2021.

For context, the PIP is what Sports Illustrated has described as the PGA Tour’s US$40 million / AU$55.47 million counterpunch to the Premier Golf League; the latter of which was reportedly dangling hefty sums to lure AAA names away from the former. Distributing the total sum amongst 10 players who’ve earned the highest “Impact Score” throughout the calendar year, US$8 million / AU$11 million is reserved for whoever has the biggest digital footprint.

Factors considered to determine an Impact Score include the following:

While the official Player Impact Program rankings have yet to be revealed – nor does the PGA Tour plan to publicise the bonuses being cashed in – it doesn’t take a seasoned sports analyst to figure out Tiger Woods is on track to secure those tasty millions. Being the most prolific professional golfer in the world by a country mile, of course, comes with a 24/7 news cycle. Throw in a headline-making car accident and it’s pretty much a hole-in-one for the biggest digital footprint.

Here’s where all the major names are projected to place in 2021 according to Andy Wittry of Sports Illustrated (who apparently leveraged the power of publicly available data for this breakdown): 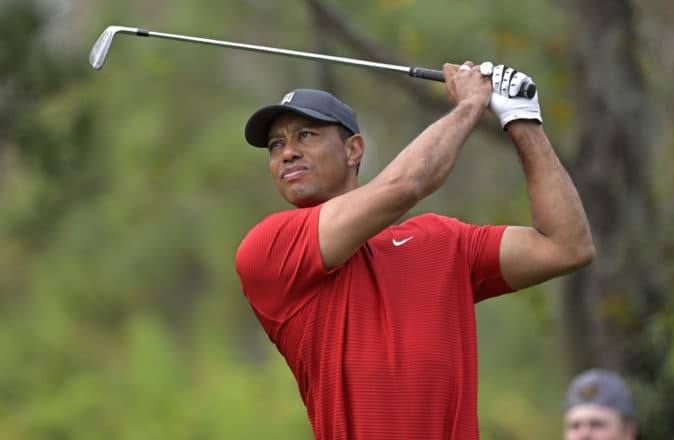 If Tiger Woods takes just a single swing in public this year, the three-quarter wedge shot that was broadcast to the world on social media on Sunday is an $8 million walk-off.“Making progress,” was the only message attached to Woods’ tweet, but it might as well have read “making money,” based on the limited understanding of the PGA Tour’s Player Impact Program. The $40 million (up to $50 million next year) initiative was a response to the growing threat of a rival super league and unlike every other competition, from the FedExCup to the RSM Birdies Fore Love, it is largely based on an aggregate score of social media influence and brand exposure.“So [Woods] waited until he knew I was gonna be on the golf course AND he doesn’t tag me on the post? Pretty obvious I’m in this Cat’s head.  #PiP #$40,000,000.00 #WontGoDownWithoutAFight,” tweet Jim Herman, who has created something of a cult following on Twitter as an anti-PIP hero.The timing of Woods’ post, either by accident or otherwise, is impossible to ignore. Unlike nearly every list and award the Tour doles out, the PIP runs on the traditional calendar and Sunday marked the final official round of 2021. 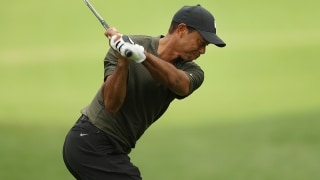 Tiger Woods, just nine months removed from a serious car accident, posted a video to his Twitter account of him hitting a full golf shot.

The brief video also fit perfectly into the nebulous formula that produces a player’s impact score. The score is based on a player’s popularity in Google searches, Nielsen Brand Exposure, Q-Rating, MVP Index rating and Meltwater Mentions. How that list is aggregated is as much a mystery as the list itself.

“We don’t have any intention on publicizing it,” Tour commissioner Jay Monahan said in August at the Tour Championship. “To us, it’s a program that we created, was created by our players, with our players, for our players, and that’s what we decided that we were going to do when we created it.”

But the program seems to be as secretive to the players as it is to the public and media.

“No idea,” Herman laughed when asked to explain how the PIP list is created. “I wish we had a list. I wish we knew, so if a guy is on the list and he’s close and had an idea of what they needed to do to crack the top 10. That’s the hardest part for the rest of us. They are throwing a lot of money out there without a real good understanding of how you can crack the top 10. We feel like it’s a popularity contest.”

According to various sources, the Tour will not show the entire list to players but will tell each player where they are on the list, which only seems to fuel the confusion over how the list is compiled.

“I can’t explain in detail, but it has to do with social media and news and they are supposed to filter out things that are negative. I don’t know how they do that,” Brendan Steele said.

The Tour has said that negative coverage, either via social or traditional media, will be filtered out of the formula to create an index score, but there is no clear understanding of how the Tour defines “negative” media.

Without playing a single event in 2021, Woods is the consensus front-runner to win the PIP. To most, he was the sole reason the list was created.

“It’s a way for Tiger Woods to be rewarded even more for what he’s done for the game of golf,” Chesson Hadley said.

But while every player agrees with Hadley that Woods will be atop the PIP list, it remains unclear how his single-vehicle crash in February and the ensuing media coverage of the accident should be factored into his index score.

Monahan explained at East Lake that the point of the program is to get “players to engage in our game, help grow our Tour, and help grow their own respective brands.” But where exposure ends and controversy begins, is anyone’s guess.

“What they should have done is taken all $40 [million] of it and sent it to Tiger and say, thank you,” Scott Stallings said. “We wouldn’t be here if it wasn’t for him. When he posted that picture of himself on crutches it outperformed the last four tournament winners [on social media]. If he even tried it’s over.” 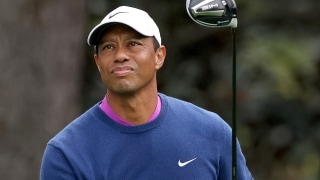 If Woods winning the PIP is a foregone conclusion, there remains a wide range of who else might cash in on the first-year PIP list. Most players predict Phil Mickelson, Rory McIlroy, Bryson DeChambeau and Brooks Koepka will be among the top 10 on the PIP at year’s end and collect a portion of the $40 million pot. Few, however, can explain exactly why.

Of the five criteria used to calculate the PIP only a player’s Nielsen Brand Exposure is even remotely tied to on-course performance. The Nielsen score is based on network exposure on Saturday and Sunday and these windows are almost exclusively limited to those in contention. Exposure from “featured-group coverage” and Rounds 1 and 2 is not included in the Nielsen rating.

Google searches are a straightforward matrix and a player’s social media reach, which Woods dominates, is a rough calculation of how many followers they have. But how exactly the MVP Index rating and Meltwater Mentions are calculated is very much a mystery.

It’s that secrecy, not the general concept of rewarding the game’s top players, that doesn’t sit well with some.

“Why tell people you’re going to do it and not tell who wins. You are just setting yourself up for ridicule. If they aren’t going to publish who wins or how you can improve [your PIP score], it doesn’t make a lot of sense,” Stallings said. “That we can just make money randomly appear seems like it would be better served in many of different ways.”

The Tour never publicly announced the existence of the PIP, but with $40 million up for grabs it was always going to become a talking point both inside and outside of Tour circles. It was also always going to be questioned.

For Herman, it’s been a chance to flex his social media muscle in a unique way. Although the 44-year-old, three-time Tour winner has a limited social media footprint (he has about 20,000 follows on Twitter) he’s become a lively follow with his handle @GoHermie and a subtle observer of the PIP.

By all accounts, Woods didn’t need the 11th-hour swing video drop to secure his place atop the PIP, which is pretty much the only thing that we know for certain about the program.

MANCHESTER UNITED ROUTS THE MLS ALL STARS, 4-0, AS THEIR UNITED STATES TOUR CONTINUES.