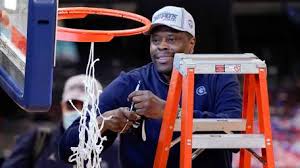 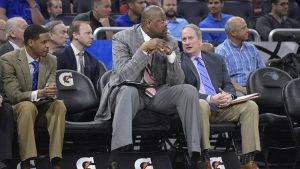 Georgetown is back in the NCAA tournament. And this time it’s with program legend Patrick Ewing as its head coach.

The Hoyas, the No. 8 seed in the Big East tournament, squared off with No. 17 Creighton in the championship game on Saturday night at Madison Square Garden, an arena Ewing called home for 15 years as a member of the New York Knicks.

Ewing’s team looked at home, too.

The Hoyas started slow, missing 12 of their first 14 shots. From there, though, they climbed out of an early deficit and embarked on an 18-0 run to go into halftime with a commanding 36-18 lead.

The Hoyas kept their foot on the pedal in the second half and were comfortably ahead by double digits the rest of the way, eventually emerging with an impressive 73-48 victory.

Chudier Bile led all scorers, pouring in 19 points and eight rebounds for the Hoyas while Jahvon Blair added 18 points off the bench. Qudus Wahab posted a double-double with 11 points and 12 boards and Dante Harris padded the stat sheet with 10 points, eight rebounds and five assists.

With the victory, Georgetown earned the Big East’s automatic berth to the NCAA tournament, its first since 2015. It also marks the program’s first Big East tournament title since 2007.

What does this mean for Georgetown?

Ewing took over as the head coach of his alma mater back in 2017, succeeding John Thompson III, the son of the inimitable John Thompson. The elder Thompson, who died last year, brought Ewing to Georgetown in the early 1980s and the 7-foot Ewing was the key cog that brought the Hoyas their first and only national championship in 1984.

Following decades as a player and coach in the NBA, Ewing was summoned back to Georgetown with the hopes of revitalizing a middling program. The Hoyas reached the NCAA tournament eight times under Thompson III, including a run to the Final Four in 2007, but the program’s last NCAA tournament trip came in 2015.

Since then, it’s been a lot of mediocrity. And that has mostly continued under Ewing. The Hoyas played in one NIT and have never finished above .500 in Big East play in his four seasons. They finished the 2020-21 regular season with a lackluster 9-12 overall record with a 7-9 mark in conference play.

But things can change quickly in the month of March. The Hoyas have caught fire in the postseason, reeling off four straight victories to earn an automatic berth to the NCAA tournament.

It started with a 19-point win over Marquette in the first round. Next came a big upset, a 72-71 victory over No. 1 seed Villanova in the quarterfinals. In the semifinals, Georgetown outlasted Seton Hall, 66-58, to set up Saturday night’s showdown against Creighton.

Whether Georgetown’s momentum will carry over into the NCAA tournament remains to be seen. Regardless, a Big East title is a big deal for Ewing as he tries to rebuild the program into a perennial conference title contender and NCAA tournament participant. Recruiting has been a bit underwhelming under Ewing, but his 2021 class is currently ranked No. 6 nationally by Rivals.com.

Some of the upperclassmen leaders on this current team will surely move on, but guys like Wahab (a sophomore) and Harris (a freshman) are legitimate building blocks for the future. Aminu Mohammed, Ewing’s first five-star recruit, should provide a jolt of energy to the program moving forward as well.

Georgetown Disrupts The Bid Process With Their Win!!!!

The only way Georgetown was going to reach the NCAA tournament this season was by winning the Big East tournament. It did just that. In the process, Georgetown will steal a bid from one of those teams hovering on the bubble, yearning for an at-large berth.

That could potentially include old Big East rival Syracuse, which lost to Virginia on a buzzer beater in the quarterfinals of the ACC tournament.

Other teams that could be affected by Georgetown’s spot in the tournament include mid-majors like Colorado State, St. Louis, Drake and Utah State. Ole Miss, Boise State and Memphis are also in the mix for an at-large.

Like Georgetown, Oregon State in the Pac-12 and Cincinnati in the AAC can steal bids should they win their respective conference tournaments.

Patrick Ewing is taking Georgetown back to the NCAA Tournament for the first time since 2015 after the eighth-seeded Hoyas completed a surprising run to a Big East championship Saturday night with a stunning 73-48 rout of No. 17 Creighton. On the 49th anniversary of the day Georgetown hired John Thompson, the late Hall of Fame coach who transformed the program into a national power and one of the most iconic brands in college basketball history, the Hoyas won their record eighth Big East Tournament title and first since 2007. 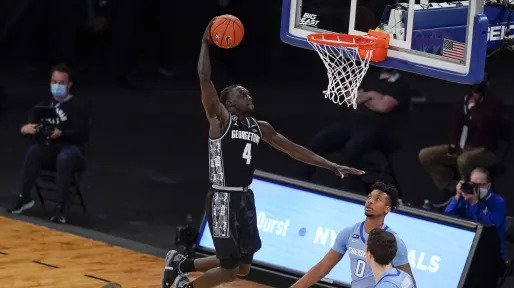 Who Is Patrick Ewing? HE’S A GREAT MAN.

CHECK OUT THE INFORMATION BELOW. 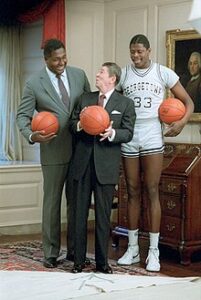 Patrick Aloysius Ewing (born August 5, 1962) is a Jamaican-American basketball coach and former professional player who is the head coach of the Georgetown University men’s team. He played most of his career as the starting center for the New York Knicks of the National Basketball Association (NBA) before ending his playing career with brief stints with the Seattle SuperSonics and Orlando Magic.

Ewing played center for Georgetown for four years—in three of which the team reached the NCAA Championship Game. ESPN in 2008 designated him the 16th-greatest college basketball player of all time. He had a seventeen-year NBA career, predominantly playing for the New York Knicks, where he was an eleven-time all-star and named to seven All-NBA teams. The Knicks appeared in the NBA Finals twice (1994 and 1999) during his tenure. He won Olympic gold medals as a member of the 1984 and 1992 United States men’s Olympic basketball teams. In a 1996 poll celebrating the 50th anniversary of the NBA, Ewing was selected as one of the 50 Greatest Players in NBA History. He is a two-time inductee into the Basketball Hall of Fame in Springfield, Massachusetts (in 2008 for his individual career, and in 2010 as a member of the 1992 Olympic team). Additionally he was inducted into the U.S. Olympic Hall of Fame as a member of the “Dream Team” in 2009. His number 33 was retired by the Knicks in 2003.

Ewing was born August 6, 1962 in Kingston, Jamaica. As a child, he excelled at cricket and soccer. In 1975, 12-year-old Ewing moved to the United States and joined his family in Cambridge, Massachusetts.

He learned to play basketball at Cambridge Rindge and Latin School with the help of John Fountain. With only a few years of playing experience, Ewing developed into one of best high school players in the country, and among the most intimidating forces ever seen at the level given his size and athleticism. Due to his stature and the team’s dominance, Ewing was subject to taunts and jeers from hostile away crowds. Once rival fans even rocked the team bus when Ewing’s squad arrived to play an away game. In order to prepare for college, Ewing joined the MIT-Wellesley Upward Bound Program.

THE REST IS HISTORY 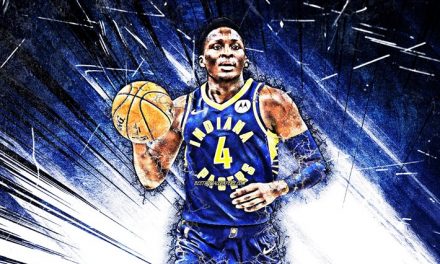 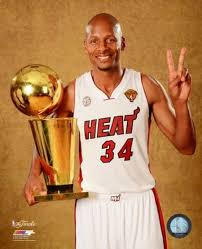 Ray Allen has taken a job as director of boys’ and girls’ basketball at Miami’s Gulliver Prep and will also serve as the school’s boys’ varsity basketball coach.