The ranking, which focuses on courses within residential developments, was published in Golfweek’s Ultimate Guide.

The five-year-old course, which anchors the Bluejack National private resort community and club, ranked No 9. among 200 of the nation’s best golf courses. It is the top-ranked among the 11 Texas courses and is joined by one other Houston area course: Club at Carlton Woods (Fazio Championship) in The Woodlands, at No 44. The resort community and club in Montgomery, Texas, which is home to a golf course designed by Tiger Woods, will list the 3,100-sq. ft. homes for $1.4 million. The villas come with a 4-passenger golf cart and a Lifestyle Membership. “We’re seeing a migration of people who are now looking at Bluejack as not only, ‘Can I live here, I can work from here as well,’” said Brett Shoenfield, President of Bluejack National.

Bluejack National, a resort community and club in Montgomery, Texas with a golf course designed by Tiger Woods, will unveil an option aimed at buyers looking for a retreat near Houston with a space to work from home, the Houston Chronicle reported. The expansion comes as the home frequently serves double duty as the office during the coronavirus pandemic.

The Lake Villas, an enclave of 18 houses along a bass lake, will break ground in March or April, according to Brett Shoenfield, President of Bluejack National, the Chronicle reported. The community is about 50 miles northwest of downtown Houston.

“We’re seeing a migration of people who are now looking at Bluejack as not only, ‘Can I live here, I can work from here as well,’” Shoenfield said.

The two-story houses will carry a price tag of $1.4 million and encompass approximately 3,100 sq. ft., the Chronicle reported. The homes come with a 4-passenger golf cart and a Lifestyle Membership providing access to several pools, water slides, basketball, a wiffleball stadium, pickleball, tennis, bowling and dining at The Fort.

Bluejack National has grown to more than 80 homes since opening in 2015, the Chronicle reported. The prices range from $550,000 for member suites to more than $1 million for traditional houses, according to Shoenfield. Approximately 30 of the houses have been built on estate lots purchased by buyers.

Bluejack National aims to develop 60 additional houses over the next two years, Shoenfield told the Chronicle. The community has been selling 15 to 16 houses a year.

“When people are looking for this kind of live-work-play staycation-style living, I wouldn’t be surprised to see that accelerate,” he said. 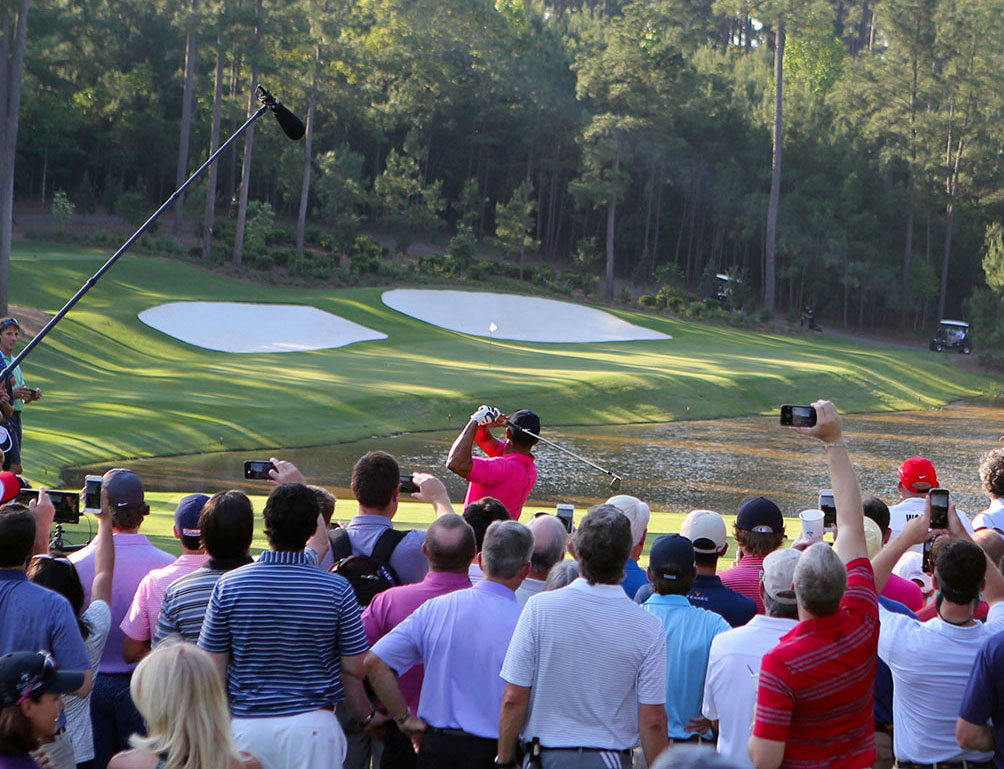 Bluejack National’s gentle, rolling topography is covered with mature pines and stately hardwoods, reminiscent of the pinelands of the Carolinas and Georgia.

Tiger used this spectacular setting to create a classic golf course that focuses on playability, shot-making, and enjoyment of the game. With no rough, Bluejack National presents players wide landing areas. The course plays firm and fast, putting a premium on ball position and strategic angles to the greens. The greens are contoured to be quick, while the surrounds are mowed tight, promoting creativity. Many of the natural lakes and streams that dot the property have been utilized in the design, contributing to a memorable golf experience that will challenge the accomplished player, while still being fun and approachable for golfers of all abilities.

In addition to the 18-hole championship course, Bluejack National also includes “The Playgrounds,” a 10-hole par-3 course that provides a unique, unstructured golf experience, ideal for casual fun with friends and family or high-quality short-game practice.

At the core of each TGR Design project is the desire to create enjoyable, extraordinary golf experiences that bring people together. TGR Design courses are crafted in a thoughtful and deliberate manner to create fun, yet challenging tests of golf. Our design approach not only emphasizes playability and providing a multitude of options for players of all abilities but also testing experienced players by emphasizing shot values. Our motivation is to create a course that will adapt to varying levels of play, bringing people together and allowing for multi-generational experiences.

What a spectacular setting and a lot of fun! Tough yet fair test.

I can understand why the course has won several awards.

Exactly the kind of fun, player-friendly, yet challenging layout we were looking for. It’s also drop-dead gorgeous. 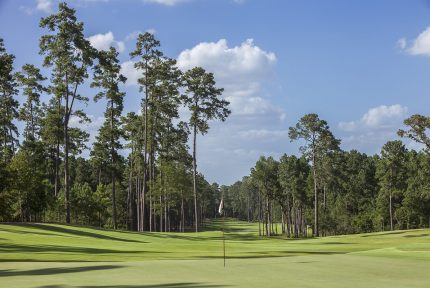 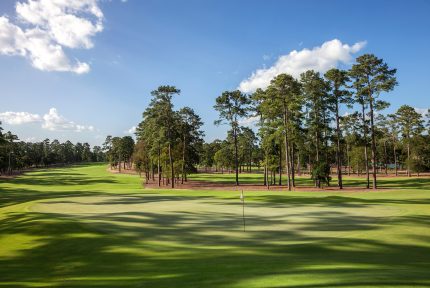 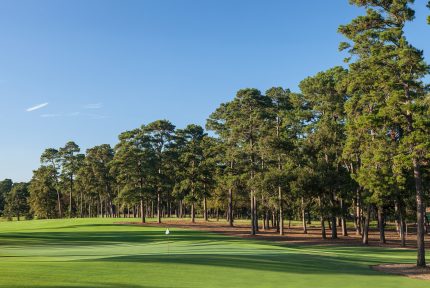 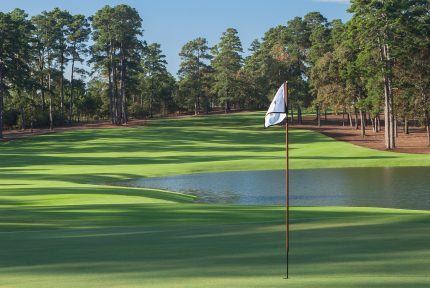 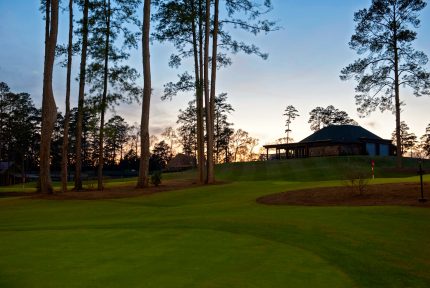 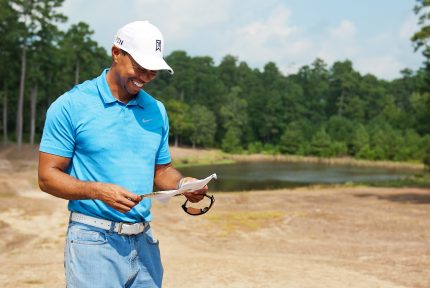 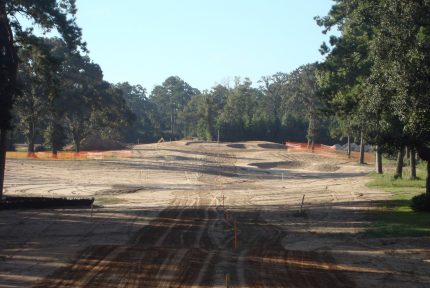 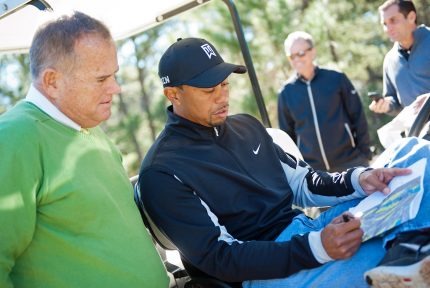 2021: Golfweek ranks Bluejack National as the #1 Residential Golf Course in Texas and #9 in the United States!

Golfweek ranks Bluejack National as the #1 Residential Golf Course in Texas and #8 in the United States!

Bluejack National debuts on Golfweek’s Best Modern list at #37 in the USA, #2 in Texas and #1 in Houston!

Everything about Bluejack National, both culturally, from an amenities standpoint, is about bringing the family together. You’ll find this place more like a destination resort than a typical club.

Tiger Woods has worked on a second career in his considerable spare time the past few years.

Tiger Woods’ design career, however, has put him back in the winner’s circle.

Mike Woodson HAS BEEN AN EXCELLENT COACH AT THE NBA LEVEL, HAS A GREAT BASKETBALL MIND, a Home-Run Hire, AND Mike Woodson says Indiana players in transfer portal are ‘top priority’

The Carolina Panthers Football Team Sign Their Head Coach, Ron Rivera, To A $15.5 million Extension That Covers The 2019 and 2020 Seasons

The Los Angeles Lakers Great, Kobe Bean “THE BLACK MAMBA” Bryant passes THE GREATEST BASKETBALL PLAYER OF ALL TIME, “Michael Jordan”, for third place in points scored during a career in the NBA!!