A Festival for Black Skiers in Idaho Became a Coronavirus Nightmare, More than 100 skiers who traveled to celebrate together would ultimately fall ill, likely carrying the virus to their homes around the country

Ben Finley is one of the founders of the National Brotherhood of Skiers, an organization that advocated for Black skiers.

Every year since 1978, hundreds of black skiers in the US have converged on a mountainside for the National Brotherhood of Skiers annual summit – a week of racing, partying and fundraising, and a rare chance to see dozens of smiling black faces in a predominantly white sport.

This year’s revelries were historic, with NBS founders Arthur “Art” Clay and Benjamin “Ben” Finley readying to be inducted into the Ski and Snowboard Hall of Fame – the first non-white skiers to receive the honor in its 63-year history. But the celebration in Sun Valley, Idaho, was overshadowed by the coronavirus after dozens of skiers, including Finley himself, were sickened in the following weeks.

Coronavirus outbreaks have hit ski resorts around the world, from Colorado to Austria, forcing the premature end of ski seasons and costing the industry $2bn, according to the National Ski Areas Association (NSAA).he coronavirus toll is out of sight – and out of mind?

The NBS outbreak – which has so far sickened at least 125 people and resulted in at least four deaths – has hit particularly hard, coming as it did in the midst of what should have been a triumphant moment for diversity in the sport.

The Hall of Fame recognition is the result of Clay and Finley’s trailblazing efforts to forge a community for black skiers, free from the isolation that comes from being one of few people of color at a ski resort.

And for Finley, who ultimately survived his own battle with Covid-19, the past weeks have been an unexpected and remarkable chapter in his advocacy for black sportspeople and friendship with Clay that began more than four decades ago.

‘Skiing was the common denominator’

Clay and Finley, now in their early eighties, met in the early 1970s and bonded over their desire to create a space for black skiers. Since then, the NBS has become one of the largest networks of skiers in the world and includes ski clubs in Detroit, Los Angeles and London. Meanwhile the group’s fundraising efforts have helped to elevate the careers of athletes such as Bonnie St John, the first black woman to win a Paralympic medal for skiing, and Andre Horton, the first black man to compete for the US alpine team.

Despite their success and influence, neither Finley and Clay had even picked up a pair of skis until they were in their 20s.

Finley, who was raised in a middle class family in Harlem, fell in love with the outdoors during his early years as a Boy Scout, where he regularly hiked and camped in the snow. His grandmother from Barbados was confounded by his enthusiasm for the cold and gave him the nickname “jackass grandson”, a title that he still holds fondly.

Finley’s first encounter with skiing came in 1962, while on a trip to Yosemite with a friend. “We were sitting in the warm California sun watching the white folks kill themselves coming down the mountain,” he recalls. “The first thoughts I had were ‘dollar bills and broken legs’, in that order.”

But at his friend’s insistence Finley found himself strapped to a pair of skis and back at Yosemite six weeks later.

“I hated my first four lessons,” Finley recalls. “But on the fifth lesson, something clicked and from then on it was fun.”

Things took off when Finley, working as a government contractor in Anaheim, discussed the idea of a ski trip with co-workers. They soon had 35 people on board, and before long were running monthly ski trips.

Meanwhile over 2,000 miles away, in Chicago, Arthur Clay was going on similar trips with a Chicago-based club.

Clay was born to a farming family in Mississippi, and like Finley had grown up camping and canoeing as a boy scout. His first brush with skiing while serving in the US army in France was also tinged with skepticism; but upon returning home to Chicago, he reconsidered. “I came back and found that winters were very boring if you had to stay in the house,” Clay says. “So, I decided that I’d give skiing a try.”

Clay admits part of the motivation was simply enjoying the ski resort lifestyle. “It was really just going to a ski resort to have a drink,” he says. “I found that there were some very cute young ladies who were trying to ski, so I became a part of that culture.”

That period in his life was defined by a sense of camaraderie. “At the time there were very few blacks on the slopes so every time we went out and saw another black person, before the day was over we were friends.”

Clay and Finley set about organizing the first NBS summit – which took place in Aspen, Colorado, in 1973 – after being introduced by a mutual friend. Finley recalls he and Clay had big ideas, but little event planning experience.

“Art and I were normal working folks, not convention managers,” Finley says. “We didn’t know what the hell we were doing.”

With the civil rights movement of the 1960s evolving into the black power movement, Clay and Finley were aware their gathering could cause the resort town’s residents some unease.

“10 days before the summit we sent Aspen officials a press release saying ‘black folks are coming to town,’” Finley says. “They ended up calling the governor and the governor put the national guard on standby for the week of our event.”

Despite the concerns, the gathering was “a hell of a time”, Clay recalls, with nightly parties and ski races, and a strong sense of community.

“There were good skiers, there were bad skiers, but they were all black skiers.”

Skiing was, and still is, among the whitest in the sporting world. Following the summit’s success and the official formation of the National Brotherhood of Skiers, Clay and Finley wanted “a higher objective than just bringing black folks to the ski club”, Finley says. They set their sights on putting black skiers on the US Olympic ski team, wearing uniforms that donned the NBS name.

The NBS has made major strides on that front, setting up a scholarship fund for young skiers and providing financial and moral support to trailblazing athletes like St John and Horton.

The NBS annual ski summits are known as the largest gathering for black skiers in the world and serve as a major boost to the locales that host them. This year when more than 600 attendees gathered in Sun Valley in early March, coronavirus was far from most participants’ minds.

“We were just enjoying ourselves,” said Sharon Nichols Sargeant, a longtime summit attendee and the president of Sacramento’s Ebony Ski & Racquet Club. “There was no sign of danger.”

But the virus ultimately claimed the lives of at least five NBS members including Charles “Chuck” Jackson, of Pasadena, and Haymon Jahi of San Jose.

Finley, who has a pre-existing respiratory illness, found his own breathing deteriorated so dramatically after returning from Idaho that “my wife dragged my ass to the UCLA ER,” he told the Guardian.

Finley was diagnosed with both pneumonia and Covid-19, eventually recovering after six days in isolation. “I’m blessed to have been diagnosed early,” he says. “Now I am a nine out of 10 and able to ride my bike and am building up breathing and cardio.”

Nichols Sargeant, 53, was also diagnosed with coronavirus, but “was able to get better at home after being out of commission for more than three weeks”, she said.

“There were times that I thought ‘how am I so lucky’ because I survived it and others didn’t.”

Coronavirus has pushed the NBS into the spotlight for tragic reasons, but while questions have been raised about what its future holds, members continue to post news and messages of encouragement to their affected peers – a testament to the strong community Clay and Finley have created.

“I think about the fun that I had,” Nichols Sargeant says, “but I have guilt because I have all these great pictures and I can’t post them, because I don’t wanna traumatize the people that lost their fathers and friends.”

She admits the NBS “took a hit” but is optimistic that its loyal cohort will remain committed to the organization’s future. “I think the NBS will bounce back from this.” 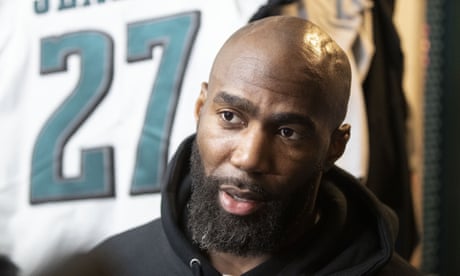 Clay and Finley say that even with their recognition in the Hall of Fame – the induction ceremony has now been delayed until December – their work to diversify the sport is far from done. The expense of skiing is still a major barrier, as is a long-standing trope that “black people don’t ski”, they say.

“People are still very surprised,” Clay of the reactions he gets when people find out that he’s a veteran skier. “Whenever someone asks, ‘Do black people ski?’ I point them to the National Brotherhood of Skiers and say, ‘Why don’t you come out here and join us?’ It’s a large country, there are a lot of people, and we haven’t touched them all.”

“Those boundaries were formed by history,” Finley echoes, “and now we’ve got to reach beyond them.”

‘I Wasn’t Going Out Without A Fight’: Lewis Hamilton On His Magnificent Italian GP Win

THE 2012 NATIONAL BASKETBALL ASSOCIATION’S SEASON IS IN FULL SWING, AND THE NEW YORK KNICKS ARE MAKING THE EASTERN CONFERENCE VERY INTERESTING