James Harden does it all in winning Nets debut

The Nets didn’t get to unveil their Big 3, because Kyrie Irving is still out. But Harden and Kevin Durant were dominant in a 122-115 win over the Magic at Barclays Center.

Instead of the over-dribbling and isolation ball he had been known for while with the Rockets, Harden arrived with his new team talking about sharing and playmaking. And he put his game where his mouth was with 32 points, 14 assists and 12 rebounds, becoming the first player in NBA history with a 30-point triple-double in his debut with a team.

“Man it was incredible,” Durant said of Harden. “You could see him trying to figure out the best way to play. Early on I felt like we were all overpassing, trying to make everybody comfortable. Then he just got into his mode of being aggressive to score and that opened up the whole game for all of us.”

It opened up so much that Durant poured in a game-high 42 points on 5-for-8 shooting from 3-point range, while the rest of the Nets benefited from their star teammates’ gravity.

“I’m a hooper,” Harden said. “I’m very unselfish. I’m willing to do whatever it takes to win. And obviously KD is just an elite, different type of basketball player as far as the way he’s able to score. It’s so easy for him, and I know that. I just want to make it a little bit easier if I can. And for the rest of our teammates, our shooters and our bigs, make it easier for them. So it was pretty easy out there.”

After flatly saying the Rockets weren’t good enough to win, Harden couldn’t stop gushing over the talent he has joined in Brooklyn (8-6). And while he is clearly not yet in sync with his teammates — or in the best physical condition — the Nets’ offense showed signs of being scary despite being nowhere near peak capacity.

“We have some special talent in this locker room — very versatile shooters, playmakers, defenders, little bit of everything,” Harden said. “Obviously, we haven’t built as much chemistry as we’d like. … Once you build that up and guys believe in each other, it’s pretty scary.”

Joe Harris had 17 points and an auspicious amount of clean looks. The Nets shot 53.8 percent and 16-for-35 from 3-point range, overcoming 19 turnovers that were a result of unfamiliarity. Harden may not being in peak shape, but he can still get to the free-throw line at will (he went 13-for-15) and can drop pinpoint passes while he works his way there.

“He stuffed the stat sheet. Wow, almost a quadruple double,” Nets coach Steve Nash said. “But James is a brilliant basketball player and we’ve got to incorporate them, find a way to make this thing jell and put him in a position to do what he does, and for him to make our guys better. … We know what he is: He’s a world class basketball player.

“He’s had obviously a very strange start to the season, stop-start year, he’s not in his best condition yet. So for him to do as many things as he did on the basketball floor was incredible. … He was incredible for a guy who is just trying to get himself in shape.”

The Nets did get bullied inside by Nikola Vucevic (34 points, 10 boards, seven assists), and with Jarrett Allen gone size will be an issue. DeAndre Jordan started and had just two points and five boards in a bit over 23 minutes.

The Nets trailed 79-74 with 3:22 left in the third after a Cole Anthony pull-up before Harden and Durant sparked a decisive 10-2 run.

“You can just kind of plug him in, in any situation, and he’s going to make it work,” Harris said of Harden.

A Durant finger roll got them within three. Then Harden, after making one of two from the line, got fouled out at the arc and hit two of three free throws to knot it.

Khem Birch sank a pair on the other end, but Harden (who already had threaded a dime to a running Landry Shamet) drilled a step-back 3-pointer for an 84-81 lead with 34.3 seconds remaining in the period.

Harden’s running layup through contact padded it to 90-85 in the fourth. The Nets never trailed again, with too many weapons for the Magic to double or blitz.

WHO IS JAMES HARDEN

James Edward Harden Jr. (born August 26, 1989) is an American professional basketball player for the Brooklyn Nets of the National Basketball Association (NBA). He is one of the NBA’s most prolific scorers and earned recognition as the best shooting guard in the NBA, as well as one of the top overall players in the league. He played college basketball for the Arizona State Sun Devils, where he was named a consensus All-American and Pac-10 Player of the Year in 2009. Harden was selected with the third overall pick in the 2009 NBA draft by the Oklahoma City Thunder. In 2012, he was named NBA Sixth Man of the Year with the Thunder and helped the team reach the NBA Finals, where they lost to the Miami Heat in five games.

After being traded to the Houston Rockets before the 2012–13 season, Harden has led the league in scoring three times, and was named the NBA Most Valuable Player in 2018. He is an eight-time NBA All-Star and has earned All-NBA Team honors seven times, including six first-team selections.

Harden is a two-time member of the United States national team, winning gold medals at the 2012 Summer Olympics and 2014 FIBA World Cup. 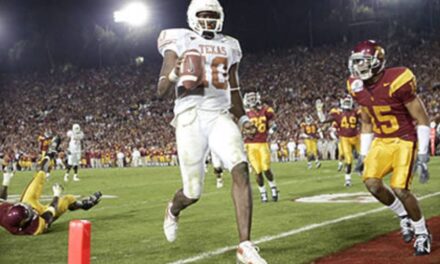 Vince Young, the evolution of the NFL quarterback and what comes next