LaMelo Ball accomplishes an incredible feat in Hornets’ win over Hawks, the 3rd overall pick of the nba 2020 draft became the youngest player in NBA history to record a triple-double as the Charlotte Hornets defeated the Atlanta Hawks, 113-105.

LaMelo Ball isn’t wasting any time making an impact in the NBA.

The rookie point guard became the youngest player in league history to record a triple-double with 22 points, 12 rebounds and 11 assists on Saturday night, helping the Charlotte Hornets beat the Atlanta Hawks 113-105 for their third straight win.

“A 19-year-old rookie does not look like this,” Hornets coach James Borrego said. “This is rare what you’re seeing.”

Ball’s history-making performance came just two nights after he missed out on his first triple-double when he finished with 12 points, 10 rebounds and nine assists in a win over his brother Lonzo’s New Orleans Pelicans. 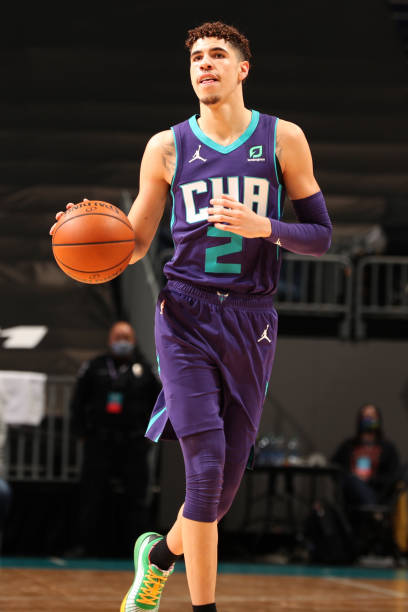 He said he hasn’t begun to process the accomplishment.

“I live my life and I know what I’m capable of, so stuff like this doesn’t move me like that,” Ball said. “I know that’s supposed to happen.”

Ball replaced Markelle Fultz as the youngest NBA player to record a triple-double by 177 days.

“He’s a tall PG who can pass, can rebound and he’s a smart player,” said Atlanta’s Trae Young. “Things are going to become even easier for him in this league as he plays more and more games.”

Ball tied his highest scoring night on 9-of-13 shooting from the field as the Hornets handed the struggling Hawks their fourth straight loss. He became only the fifth rookie in NBA history to record a triple-double and the first Hornets player to do it coming off the bench.

Borrego said he loves Ball’s spirit and his energy, but what has impressed him the most is his poise and confidence.

“He’s not rattled by the moment. It’s like he’s been doing this for a number of years,” Borrego said of Ball, who played overseas before becoming the third pick in the NBA draft.

Ball had several sharp passes, including a perfect behind-the-back strike to set up a 3-pointer by P.J. Washington.

“It’s tough because you don’t know when it’s coming. He might throw it behind his head, behind his back or straight to you,” joked Washington, who had 22 points and was on the receiving end of several of Ball’s passes. “You have to be active and aware when he has the ball. It’s always fun playing with a guy like that.”

One day after falling one assist shy of recording his first career triple-double, Charlotte Hornets rookie LaMelo Ball made history Saturday night in a 113-105 win over the Atlanta Hawks.

Ball finished with 22 points, 12 rebounds and 11 assists to become the youngest player in NBA history with a triple-double.

Tonight’s @Sprite Player of the Game is @MELOD1P!<br><br>He is the youngest player in NBA HISTORY to record a TRIPLE-DOUBLE!#AllFly pic.twitter.com/PvuQMqd6NM

Markelle Fultz previously held the record as the youngest player with a triple-double. He was 19 years and 317 days old when he did it for the Philadelphia 76ers in April 2018.

Ball, Fultz and Luka Doncic are the only teenagers in NBA history who have posted a triple-double. 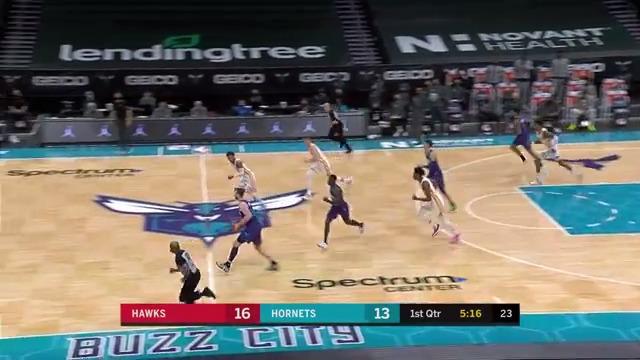 WHO IS LAMELO BALL

LaMelo LaFrance Ball (born August 22, 2001) is an American professional basketball player for the Charlotte Hornets of the National Basketball Association (NBA). He was selected by the Hornets with the third overall pick of the 2020 NBA draft.

Ball began high school at Chino Hills High School in Chino Hills, California, where he won a state championship and achieved national success as a freshman with his older brothers Lonzo and LiAngelo, Lonzo is a current NBA guard. Before his junior season, a coaching dispute prompted him to leave Chino Hills and sign with Lithuanian professional team Prienai. In 2018, he played in the Junior Basketball Association (JBA), a league created by his father, before returning to high school as a senior with SPIRE Academy in Geneva, Ohio. A former UCLA commit, he was a five-star recruit but chose to forgo college basketball amid eligibility concerns and play in Australia for the Illawarra Hawks of the National Basketball League (NBL) in 2019, winning NBL Rookie of the Year.

Ball and his brothers have attracted national attention since playing together in high school. His father, LaVar, also grew into a media personality in 2017. Ball has a signature shoe by his father’s company, Big Baller Brand, and a role on his family’s Facebook Watch reality show Ball in the Family.

THE OPEN CHAMPIONSHIP LEADERBOARD – 1ST ROUND

THE DALLAS COWBOYS HAVE MADE THEIR WORST PERSONNEL INVESTMENT IN DALLAS COWBOYS HISTORY, “THAT’S RIGHT”, SINCE THEIR EXISTENCE IN THE NATIONAL FOOTBALL LEAGUE. ON THE OTHER HAND, THE COWBOYS, TONY ROMO, JUST GOT HIS ENTIRE GOLF CAREER FINANCED BY JERRY JONES, THE OWNER OF THE DALLAS COWBOYS, WHICH SAVES NIKE AND THE REST OF THE SPORTS ENDORSEMENT COMPANIES MILLIONS, GOING FORWARD.

ROGER CLEMENS, ONE OF THE GREATEST PITCHERS IN BASEBALL HAS BEEN ATTACKED, THEY’VE HIT BARRY, AND THEY WANT CLEMENS ALSO. WHEN WILL IT END. CLEMENS, BARRY, TWO OF THE GREATEST IN THEIR POSITIONS HAVE BEEN DISCREDITED BY THE MEDIA. THIS STEROID THING MADE MILLIONS FOR THE SPORTS WRITERS, THEY WROTE AND SOLD BOOKS OFF THE BACKS OF THESE GREAT PLAYERS, BUT, THEY NEVER PUT FANS IN THE SEATS OF THE STADIUMS OF THE MLB, THEY NEVER PLAYED IN THE MLB, BUT THEY WERE ALLOWED TO APPRECIATE FROM THEIR RUMOR MILL COMMENTS THAT BECAME REAL, BASED ON THEIR REPORTING OVER THE YEARS. IS THIS FAIR?