Tex Schramm predicted that “Michael Irvin”, first-round, 11TH draft pick, would (accelerate the Dallas Cowboys’ “return to the living”), Michael Irvin did that and much much more, to include 3 SUPER BOWL WINS, AND ALSO HAVING THE GREATEST PAIR OF HANDS IN COWBOYS HISTORY!!!!!!!!!!!!!!!

About Michael Irvin, “THE PLAYMAKER”

Michael Jerome Irvin (born March 5, 1966) is an American sports commentator and former football wide receiver. Irvin played college football at the University of Miami, and was selected in the first round of the 1988 NFL Draft by the Dallas Cowboys. He spent his entire 12-year National Football League (NFL) career (1988-1999) with the team, before it ended due to a spinal cord injury. Irvin was nicknamed “The Playmaker” due to his penchant for making big plays in big games during his college and pro careers. He is one of three key Cowboys offensive players who helped the team attain three Super Bowl wins: he is known as one of “The Triplets” along with Troy Aikman and Emmitt Smith. He is also a former broadcaster for ESPN‘s Sunday NFL Countdown and currently an analyst for NFL Network. In 2007, he was selected to the Pro Football Hall of Fame.

The 15th of 17 siblings, Irvin was born in Fort Lauderdale, Florida. A Christian, he first attended Piper High School then went on to become a football star at St. Thomas Aquinas High School. He was heavily recruited by the University of Miami to play for the Miami Hurricanes, one of the top collegiate football programs in the nation. At Miami, under coach Jimmy Johnson, Irvin set school records for career receptions (143), receiving yards (2,423—later broken by Santana Moss) and touchdown receptions (26). He was a member of Miami’s 1987 national championship team, and made one of the most legendary plays in school history that year, scoring on a 73-yard fourth-quarter touchdown pass from Steve Walsh that provided the margin of victory in Miami’s triumph over archrival Florida State, which propelled them into the national championship game, the 1988 Orange Bowl, against the top-ranked Oklahoma Sooners.

Irvin was selected by the Dallas Cowboys with the 11th selection in the first round of the 1988 NFL Draft. He was the last first-round draft pick made by the Cowboys under the leadership of long-time general manager Tex Schramm, player personnel director Gil Brandt, and coach Tom Landry (Schramm predicted that Irvin would accelerate the Cowboys’ “return to the living”). Irvin became the first rookie receiver in Cowboys’ history to start a season opener in 20 years, in which he caught his first career touchdown. He also caught 3 touchdown passes in the Cowboys’ win over the Washington Redskins. He finished the season leading the NFC with a 20.4 yards per catch average.

In 1990, under the strength of players such as Jay Novacek, Troy Aikman, and Emmitt Smith, the team began to improve, posting an 11–5 record the following year in 1991. Irvin was a major reason for their playoff season of 1991, finishing with 93 receptions (second on the league), 1,523 receiving yards (led the league), 8 receiving touchdowns and set a franchise record with seven 100-yard games. He made the All-Pro team that year and was selected to the first of five consecutive Pro Bowls.

His best season was in 1995, when he set franchise records for receptions (111) and receiving yards (1,603), while also scoring 10 touchdowns and setting an NFL record with 11 games with over 100 yards receiving. He added seven receptions for 100 yards and two touchdowns against the Green Bay Packers in the NFC Championship Game en route to the Cowboys’ third Super Bowl win in a span of four seasons.

Irvin is the only player to play for each of the first four Cowboys coaches since the team has been owned by Jerry Jones (Landry, Johnson, Barry Switzer, and Chan Gailey). Irvin officially announced his retirement after Dave Campo became the fifth Cowboys coach, but Irvin never played on the field for Campo.

Irvin finished his career with 750 receptions (tied with Charlie Joiner for 30th all-time in the NFL) for 11,904 yards (21st all-time in the NFL) and 65 touchdowns. His 47 100-yard receiving games is eighth most in NFL history, tied with Torry Holt. Irvin was selected to five Pro Bowls (2 more than any other wide receiver in franchise history) and was named the MVP of the 1992 Pro Bowl (following the 1991 season) after catching 8 passes for 125 yards and a touchdown in the NFC’s 21–15 triumph. Irvin was a key playmaker for the Dallas Cowboys that won 6 division titles and three Super Bowls. As part of Dallas’ starting lineup on offense, Irvin was a consistent force to be reckoned with in the regular season but he also excelled in postseason play where his six career 100-yard receiving days are just two shy of the NFL mark held by Jerry Rice (8). His 87 postseason receptions place him second in NFL playoff history, again behind Rice (151), and his 1,315 postseason receiving yards ranks second to Rice (2,245), a Hall of Fame inductee.

At 6’2″ and 207 pounds, Irvin was a big, physical receiver who manhandled cornerbacks and often was able to make tough catches in defensive traffic. In part because of Irvin’s ability to push off the defender with such ease, the NFL eventually changed its rules to adjust to wide receivers who emulated Irvin’s physical style.

For Dallas, Irvin was a vocal, emotional leader, who set every significant career receiving mark in team history, including catches and receiving yards. At the time of his retirement, he owned or was tied for 20 Cowboys receiving records. Despite his “Playmaker” style on the field and flashy personality that was evident in his animated, brash commentary as a top NFL analyst for ESPN, Irvin is most remembered by his fellow Cowboys as a consummate teammate. As Fox’s Daryl Johnston told a national conference call: “Michael was the hardest working guy on our team. … He was a guy who made some wrong decisions, but he never took anything public, and he never spoke out against anyone on our team. He wasn’t a problem. He was more of an inspiration.” Currently, Irvin has high regard for players who are from, as he likes to call the University of Miami, “The U,” such as Frank Gore and Edgerrin James.

Along with his former Cowboy teammates Troy Aikman and Emmitt Smith, Irvin was inducted into the Dallas Cowboys Ring of Honor on September 19, 2005.

Irvin became eligible for induction into the Pro Football Hall of Fame in 2005. He was not selected, however, in 2005 or 2006, his first two years of eligibility. However, on February 3, 2007, his third year of eligibility, Irvin was elected as one of the class of 2007 enshrinees, alongside Thurman Thomas, Bruce Matthews, Roger Wehrli, Charlie Sanders, and Gene Hickerson. Irvin was inducted into the Hall of Fame on August 4, 2007 in Canton, Ohio.

Irvin became one of three former NFL players with Cowboys ties selected for induction into the 2007 class of the Texas Sports Hall of Fame, all of whom were inducted at a February 2008, ceremony in Waco, Texas. (The other players were Jim Ray Smith of the Cleveland Browns who finished his career with the Cowboys (1963–64) and Ray Childress a five-time Pro Bowl defensive end for the Houston Oilers who wrapped up his NFL career with the Cowboys in 1996.) In 2007, he was named to FHSAA’s All-Century Team that listed the Top 33 football players in the state of Florida’s 100-year history of high school football.

On August 4, 2007, Irvin was inducted into the Pro Football Hall of Fame, delivering a tearful acceptance speech in which he referenced both his life as a football player and the many mistakes he has made in his life. His speech has been praised by many NFL commentators as heartfelt, including those who had been inclined to dislike him.

On October 14, 2007, Michael Irvin accepted his Hall of Fame ring at Texas Stadium during halftime of the Dallas Cowboys–New England Patriots game. In his speech, he proposed to Commissioner Roger Goodell that all drafted rookies will have a tour of the Pro Football Hall of Fame to better understand their football history. 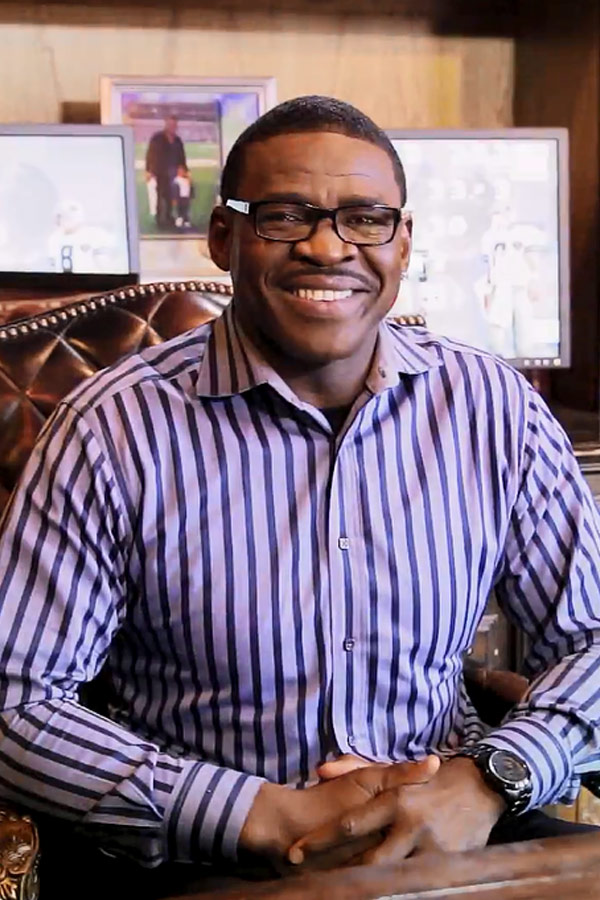 Michael Jerome Irvin was born in Fort Lauderdale, Florida and is the 15th of 17 siblings. He attended Piper High School and became a football celebrity when he played at St. Aquinas High School.

He was recruited by the University of Miami which offered one of the top collegiate football programs in the country. Under coach Jimmy Johnson, he set several school records for career receptions, receiving yards and touchdown receptions. He made a legendary performance in Miami’s 1987 National Championship Team which propelled them into the National Championship Game. After leaving the university, he remains a supporter of the football program, giving tutorials to receivers and acting as a mentor off the field for younger players. He was inducted into the University of Miami Sports Hall of Fame in 2000. 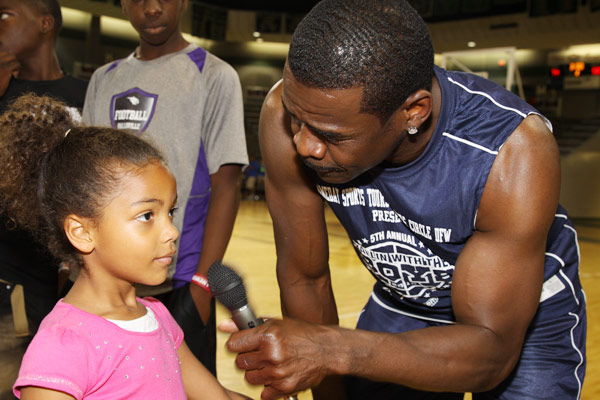 Michael joined the NFL Network broadcast team in 2009 and he can be seen on NFL Sundays and NFL GameDay Morning. He has also been featured in various commercials for the NFL Network.

He was a co-star in the 2005 remake of the The Longest Yard starring Adam Sandler and Chris Rock. He also starred in Jack & Jill in 2011. On TV, he played one of the “Pros” in an episode of Pros vs Joes.

Michael also hosted 4th and Long, a football-themed reality series on Spike TV. He appeared in an episode of Burn Notice in 2009 titled “Hot Spot”. He also hosted a radio show on Miami’s WQAM with Kevin Kiley which aired until 2012.

Michael married Sandy Harrell in June 1990 and he has four children.

When not working, Michael usually spends his days making fun memories with his family. He is enjoying fatherhood and has been gaining new insights about life and living in general, just from interacting with his kids and family.

Being an exuberant personality, he is always eager to share the lessons he has learned from his experiences and the values that helped him succeed in his career and his life in general. The drive to help his team win in his professional footballs days has not left him and he is still as enthusiastic to help out in any way he can. 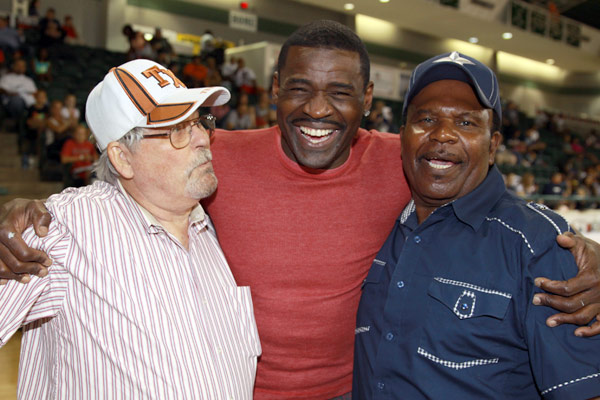 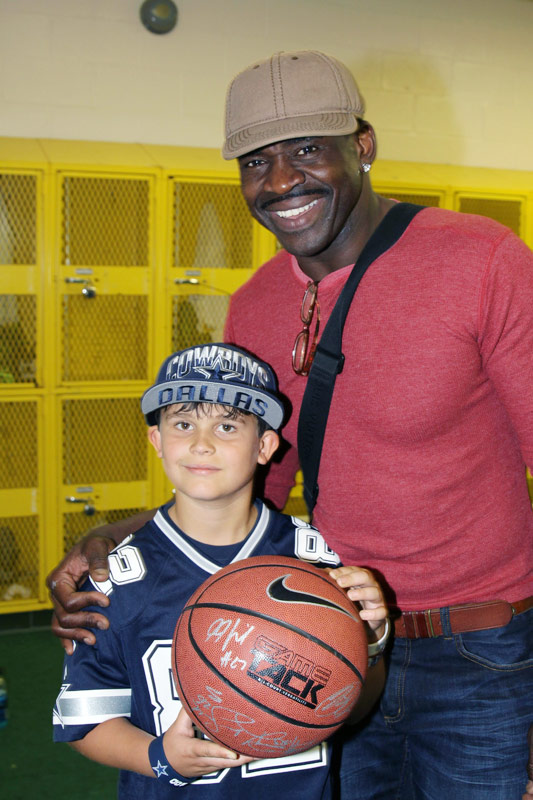 With so many things that he wants to share about success and life in general, he has chosen to focus on sharing his insights about fatherhood. He is also giving back to the community by creating and participating in activities that give a portion of their proceeds to important charities and help support their cause.

Michael is also educating and inspiring people to change themselves for the better and live their life to the fullest through his training camps and speaking engagements.

Michael Irvin is a legend in football. He has also been an actor, broadcaster and sports analyst. But he has a passion for helping others become better versions of themselves. More about Michael Irvin

MLB UPDATE (LIVE FROM ARLINGTON TEXAS): THE TEXAS RANGERS ARE LEADING IN THE BOTTOM OF THE 6TH, 5-0, AGAINST THE NEW YORK YANKEES. THIS SERIES HAS BEEN WHAT ALL HAS EXPECTED.