Laureus World Sports Awards 2018: Serena Willams, Roger Federer, Francesco Totti, And Mercedes F1 Were Among Winners Of The International Award Given By Laureus

Tennis dominated the 2018 Laureus World Sports Awards. Roger Federer won sportsman of the year and comeback of the year, while Serena Williams was named sportswoman of the year. The Mercedes F1 team also claimed a prize. Roger Federer was named the Laureus Sportsman of the Year for the fifth time at the Monaco award ceremony on Tuesday. The Swiss veteran was also honored as enjoying the comeback of the year, having become the oldest world number 1 in tennis’ history, reclaiming the top spot in the men’s game 14 years after he first occupied it. 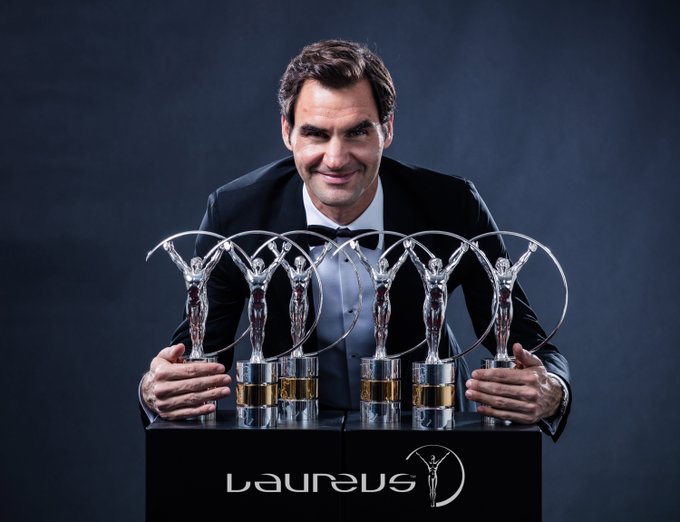 “This means the world to me, thank you so, so much,” Federer said in his acceptance speech, also praising the Laureus Sport for Good Foundation for helping to inspire his own philanthropic work.

Serena Williams, meanwhile, was named Sportswoman of the Year, having claimed her 23rd Grand Slam singles title and surpassed German ace Steffi Graf just in time to give birth to her first child, Alexis Olympia Ohanian Jr, later in 2017. Williams has not been able to return to the court quite as quickly as she had hoped since giving birth.

Marcel Hug claimed the World Sportsperson of the Year with a Disability award. Golfer Sergio Garcia won the World Breakthrough of the Year award for his win at the US Masters — a full 18 years after he was named winner of the self-same award on the basis of his impressive rookie season on the pro tour. 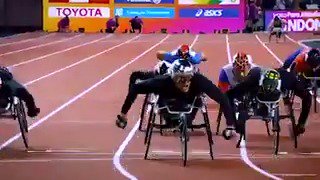 “There’s no secret, there’s just a lot training, hard training”. You’re an inspiration, Marcel Hug! The Laureus World Sportsperson of the Year with a Disability.

The Best Sporting Moment of the Year award, one voted for by the general public, went to the Chapecoense football team. It lost most of its players in a place crash in 2016 on its way to the Copa Sudamericana finals; South American football confederation CONMEBOL ultimately dubbed them “eternal champions” after the two-legged final was canceled.

Edwin Moses, chairman of the Laureus World Sports Academy since 2000, received the “exceptional achievement” lifetime award on Tuesday, both in recognition of his gold-medal Olympic career as a hurdler and of his charitable endeavors after retirement.

The Laureus Foundation was born out of South African and German money, based on the conviction held by the late Nelson Mandela that sport could be one of the world’s most powerful vehicles for change and social progress. Moses cast his mind back to these roots in his acceptance speech.

“President Mandela walked into the room — and he knew everyone’s name and he spoke to everyone in person — and he told us that we were going to use sports to make a significant social change,” Moses recalled, noting that there were “about five people in the office” back then.

“To see where the Academy is today, and where the foundation is today… very satisfying”.

Thank you for everything, Edwin Moses!
The Mercedes F1 team for the first time claimed the 2018 Team of the Year award, meaning parent company and Laureus supporter Daimler can finally engrave a trophy with its own name. Lewis Hamilton expressed his pride at winning the team award, describing his employer as “1,500 people all with a shared vision.”

Lewis Hamilton Says He Is So proud of our team winning @LaureusSport‘s World Team of the Year. 1,500 people all with a shared vision. Honoured to be on this journey with you @MercedesAMGF1

Here is the full list of winners, per the awards’:

SPORTSWOMAN OF THE YEAR

COMEBACK OF THE YEAR

SPORTSPERSON OF THE YEAR WITH A DISABILITY

BREAKTHROUGH OF THE YEAR

ACTION SPORTSPERSON OF THE YEAR

TEAM OF THE YEAR

American footballer J.J. Watt of the Houston Texans was also lauded for his charitable endeavors. Watt set up a foundation in 2010 designed to provide after-school sporting opportunities to children in various communities in the US. He also set out to raise funds for victims of Hurricane Harvey in  2017, setting himself the target of raising $200,000 and ultimately bringing in $37 million.

“When Houston went though the hurricane, we saw disaster, we saw devastation,” Watt said in his acceptance speech. “But what I saw after that was hope. I saw something truly special. I saw neighbors, I saw kids, I saw policemen, firefighters — strangers —step up to help up each other out … I didn’t do anything special, I just gave everybody an opportunity to help. Everyone else did the work.” 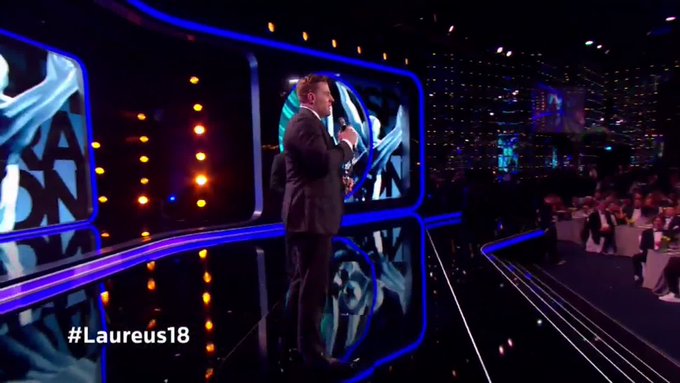 The glitzy gala in Monaco never shies away from some star power, recruiting sports fan and actor Benedict Cumberbatch to moderate the evening in the principality.

The Classic South American Clash Of The Titans, Brasil vs Uruguay