Neymar Signs With PSG, Set To Become World’s Highest-Paid Soccer Player Ahead Of Messi And Ronaldo

Paris Saint-Germain has officially signed Neymar to a 5-year playing contract, ending a saga that had consumed the summer transfer market. The club will present the 25-year-old superstar at the Parc des Princes on Friday at 1:30 p.m. local time. 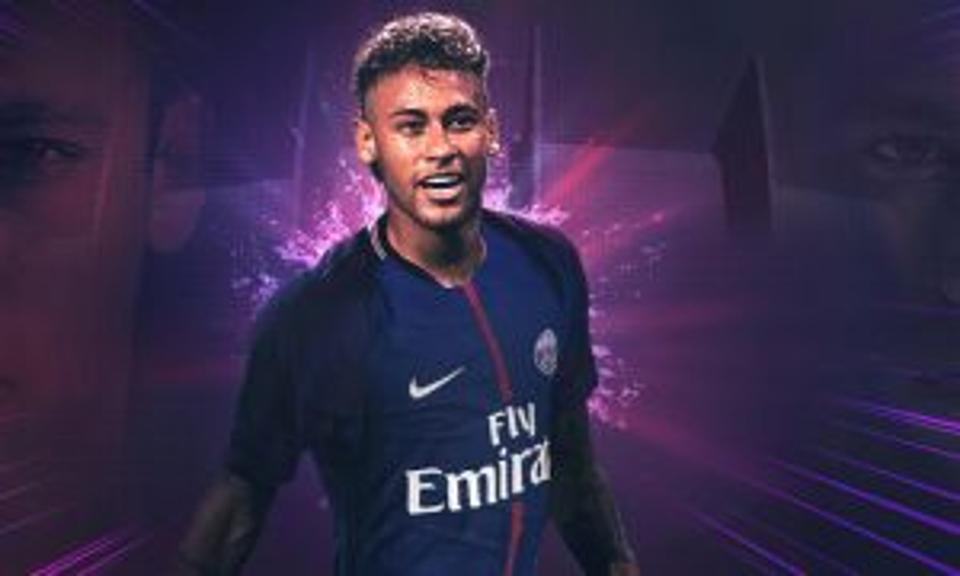 FC Barcelona had released the Brazilian earlier this afternoon, announcing it accepted a $263 million (€222 million)  buy-out payment in full in an online statement. This came just hours after La Liga offices said it originally rejected that payment, ESPN FC reported. No reason was immediately known, though speculation was Barca requested UEFA to investigate how PSG could finance the transfer under fair pay rules.

Neymar informed his former club of his desire to go to the French capital just yesterday, the Catalonian club confirmed then on its website. In that same statement the club also reminded him it expects to be paid his buy-out clause in its entirety. The player was relieved from practice until the matter was resolved.

The fee PSG paid is a new transfer record, more than double the previous $120 million Manchester United paid for Paul Pogba one year ago, and 3.5 times what Barcelona paid to acquire Neymar from Brazilian team Santos just four years ago.

In addition, PSG confirmed it signed Neymar to a 5-year contract through June 2022 (five months before the World Cup in club owner’s country of Qatar) and is estimated to pay him $350 million in salary and bonus before-tax . All told the Parisian club  is on the hook for a cash outlay in excess of $600 million for the winger’s services.

It is easy to see why Barca, which posted a record $770 million in revenuelast year and is worth $3.64 billion as the second most valuable soccer club in the world, questioned how PSG could complete this transfer in compliance with UEFA Financial Fair Play rules. The Ligue 1 runner-up only generated $92 million in operating income and is worth $841 million. FFP limits club losses and contributions owners can spend to sign players.

But as my colleague Mike Ozanian reports, PSG owners Qatar Sports Investments’ influential oil money may have something to do with it. After the Qataris purchased the club they pumped an additional $340 millioninto it to recruit high-profile players, including Zlatan Ibrahimovic. Success followed. Since then, it has claimed the Ligue 1 title four times and was runner-up once. Financial disparity followed too. Per Sporting Intelligence’s annual Global Sports Salaries Survey 2016, PSG now leads the league in salary cost, paying an average $5.5 million per player, 21.5 times the average pay at Nancy, the club with the smallest average team salary. It’s the widest discrepancy in any major sport league in the world.

Neymar came into prominence at an early age at Santos, where he made his professional debut aged 17. He helped the club win two successive Campeonato Paulista championships, a Copa do Brasil, and the 2011 Copa Libertadores, Santos’ first continental title since 1963. Neymar was twice named the South American Footballer of the Year, in 2011and 2012, before relocating to Europe to join Barcelona. As part of Barça’s attacking trio with Lionel Messi and Luis Suárez, he won the continental treble of La Liga, the Copa del Rey, and the UEFA Champions League in the 2014–15 season, followed the next year by the domestic double. He came third for the FIFA Ballon d’Or in 2015. In August 2017, Neymar moved from Barcelona to Paris Saint-Germain in a transaction worth €222 million, making him the world’s most expensive player.[note 1]

With 52 goals in 77 matches for Brazil since debuting at age 18, Neymar is the fourth-highest goalscorer for his national team. He was a key player in Brazil’s victories at the 2011 South American Youth Championship, which he finished as the leading goalscorer, and the 2013 FIFA Confederations Cup, where he won the Golden Ball as player of the tournament. His participation in the 2014 FIFA World Cup and 2015 Copa América was cut short by injury and a suspension respectively, but the next year he captained Brazil to their first Olympic gold medal in men’s football at the2016 Summer Olympics.

Known for his dribbling, finishing, and ability with both feet, Neymar has earned comparisons to former Brazil and Santos forward Pelé. Off the pitch, he ranks among the world’s most prominent sportsmen; SportsPro named him the most marketable athlete in the world in 2012 and 2013, and ESPN cited him as the world’s fourth-most famous athlete in 2016.

CANDACE PARKER CAPTURES WNBA CHAMPIONSHIP#2, AS SHE LEADS THE Chicago Sky TO VICTORY, AS THEY Beat Phoenix Mercury for First W.N.B.A. Championship

Adrian Beltre, Third Baseman For The Texas Rangers Of The MLB, Collected His 3,000th Hit Sunday Afternoon Against The Baltimore Orioles