The St. Louis Rams Are For Sale, And Minority owner, and Billionaire, Stan Kroenke (who owns 40%) has reportedly exercised his right to match a previous offer by another Billionaire, Shahid Khan, who reached an agreement with Rosenbloom and Rodriguez on feb.11th of 2010. Khan is awaiting approval from the league to go forward with his attempt to purchase the 60%of ownership from Chip Rosenbloom and Lucia Rodriguez that they currently own and control. More to come on this breaking info from the NFL. 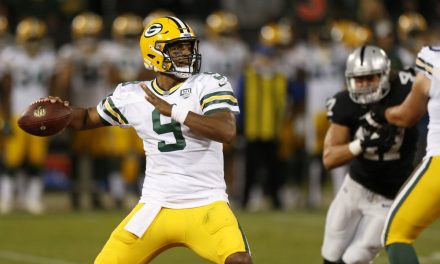 Packers’ McCarthy: DeShone Kizer belongs in same group as the 2018 top 5 quarterbacks in the nfl

IT’S HAPPENED, MICHAEL VICK HAS BEEN ANNOUNCED AS A PHILDELPHIA EAGLE EMPLOYEE ………..