Tiger Woods: Career Timeline from 1996 to Today. Joe LaCava and His Son Caddied For Tiger and Charlie Woods

The timeline of memorable events in Tiger Woods’ career: 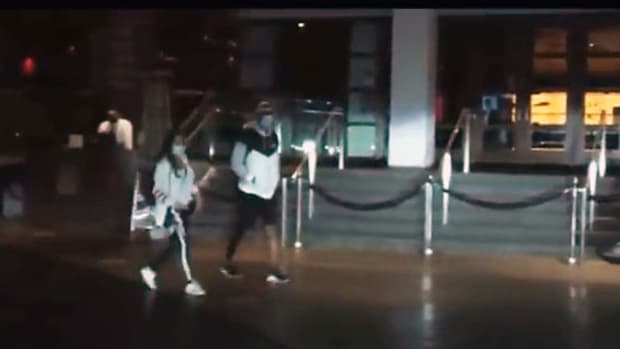 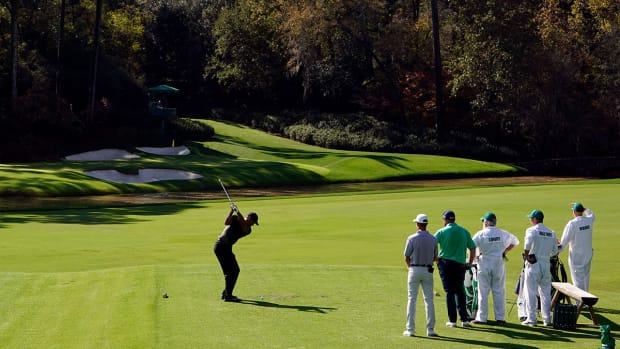 Tiger Woods Without Crutches Makes Us Ask: What’s Next?

The attention paid to Tiger Woods’ PNC comeback should put the entire golf world on notice.

Lost in the breathless scrutiny surrounding Tiger Woods’ potential comeback was one answer he gave in last week’s Bahamas press conference: his stance on breakaway leagues.

“It’s going to be his decision, period,” he said. “I’ve decided for myself that I’m supporting the PGA Tour; that’s where my legacy is. I’ve been fortunate enough to have won 82 events on this tour and 15 major championships and been a part of the World Golf Championships, the start of them and the end of them. So I have an allegiance to the PGA Tour.

“And I understand that some of the comparisons are that this is very similar to when Arnold and Jack broke off from the PGA of America to start the Tour. I don’t see it that way. I think the Tour has done a fantastic job, Jay’s done an unbelievable job during a very difficult time during the pandemic when there was ample opportunity for players to leave, but we were the first sporting tour to restart…I think the Tour is in great hands, they’re doing fantastic, and prize money’s going up. It’s just not guaranteed money like most sports are. It’s just like tennis, you have to go out there and earn it.”

That was Woods firmly planting his stake in the ground, and it mattered. There was a clarity to his words. I’m supporting the PGA Tour… I don’t see it that way…The Tour is in great hands. It seemed suddenly obvious that in this time of which-league-will-survive limbo, the PGA Tour had an elephant on its side of the see-saw. Most top players have been publicly taking a wait-and-see approach, and Woods throwing his weight behind the Ponte Vedra establishment means a great deal.

After all, there have been two underlying questions to the breakaway league discussion:

On Wednesday morning, when Tiger Woods announced that his return to (semi-?) competitive golf will come at next week’s PNC Championship, we were reminded of those answers.

For some two-and-a-half decades these have been the terms of professional golf. The tournaments that “matter” have been largely dictated by one player. The real start of the PGA Tour season came at Torrey Pines because Woods didn’t usually play in Hawaii. Any event sponsored by Buick was officially a big deal. Hell, he made Firestone cool. When he showed up last-minute at Tampa in 2018, suddenly he made the Valspar a big deal, too. In terms of fan attention, where will the PNC Championship rank among this year’s events? Fifth? Fourth? First?

We’ve endured Woods’ hiatuses before — his Tour presence has been sporadic since 2008 — but he has always served as the lead actor whose performance lifted up those of the supporting cast. Phil Mickelson has proven a fantastic foil; the sidekick to Woods’ hero. Sergio Garcia has been an occasional antagonist. Potential heirs have emerged: McIlroy, Spieth, Morikawa. Others have emerged for bit parts, like Stephen Ames and Rory Sabbatini. Where does The Office go without Steve Carrell? Where does a Batman movie go without Batman?

Of course, Woods playing the PNC Championship has very little to do with his competitive golf future. He has made it clear that he’s not close to tournament-ready. His PNC appearance is likely only possible due to the approved use of a golf cart. And he said he never again expects to play a full Tour schedule. The terms are different this time around.

But Woods is still the center of the golf universe. If he considers playing the Memorial, boom! That’s an important tournament. Makes his debut at the Open Championship? That’s the biggest major. Waits until next year’s Hero World Challenge? Step aside, NFL. The sports world is headed to the Bahamas. Let’s take it a step further: The John Deere Classic has greater sports relevance because it is a part of the same Tour on which Woods plies his craft.

None of this is meant to ignore the possibility that several top pros are seriously considering a departure from the Tour. They could leave. But perhaps Rory McIlroy had it right, albeit unintentionally, when he said last week that golfers “feel like they’re pawns at the minute in this big global game of golf.” There are forces competing for their services. The PGA Tour. A breakaway Tour. A new-format Premier Golf League. A new Netflix show. These are pawns in high demand. Now the king is back. The rest of the board moves around him.

Everything about Woods’ PNC return will have an undercurrent of nostalgia. It’s a tournament that highlights figures who featured in his career: David Duval, Mark O’Meara, Vijay Singh, Padraig Harrington. The basis of the event is the past accomplishments of these major champions and their off-course identities as sons, daughters, parents. It’s a reminder of the golfers who have been important these past decades.

But this event in particular nods to the future, too. There’s Nelly Korda making her event debut after a superstar season on the LPGA. There’s Little John Daly, now a promising college freshman, now leading his dad rather than the other way around. And there’s Charlie Woods, the one primarily responsible for his father’s reappearance, ready to pound drivers, wear red and talk smack to Justin Thomas.

And there at the center of it all will be Tiger Woods. He is at the center of the game’s past. His announcement and the golf world’s reaction makes it clear he’s golf’s present. And while we can’t predict his level of participation, Woods is golf’s future, too.

The two friends used to play practice rounds until Woods said he didn’t ask enough questions! Bubba shares the lessons he picked up from playing together and being around the 15 major winner.

Team Woods made 11 straight birdies in a spectacular final round in Orlando, but came up just short

At the PNC Championship in Orlando on Sunday, John Daly and his son, John Daly II, finished at 27 under in a scramble format to beat Tiger Woods and his son, Charlie, by two strokes. Both teams shot 57 in the final round, and Team Woods nearly pulled off one of the more improbable wins of the last few years by closing with 11 birdies in their last 12 holes.

After shooting 10-under 62 on Saturday in Round 1, Team Woods started birdie-birdie-eagle on Sunday to go 4 under on the day through the first three holes. Three pars followed before they started filling it up on a mid-April evening in San Francisco. The father-son duo birdied at No. 7, No. 8 and No. 9 to tally a front nine of 29 and take some momentum heading to the back.

The Phoenix Suns CHRIS PAUL, DEVIN BOOKER. AND Deandre Ayton rolled over the Milwaukee Bucks in the second half, to take a 1-0 lead in the Finals series.

THAT 5 RUN 8TH INNING PUT THE YANKS UP FOR GOOD, AND AS A RESULT OF THE RANGERS FAILURE TO GET A RUN IN THE 9TH, THE YANKEES WIN THE FIRST GAME OF THE SERIES IN ARLINGTON TEXAS.

UPSET SATURDAY FOR 8 TOP 25 COLLEGE RANKED TEAMS, AND THE NEW TOP 25 RANKINGS SHOULD BE INTERESTING