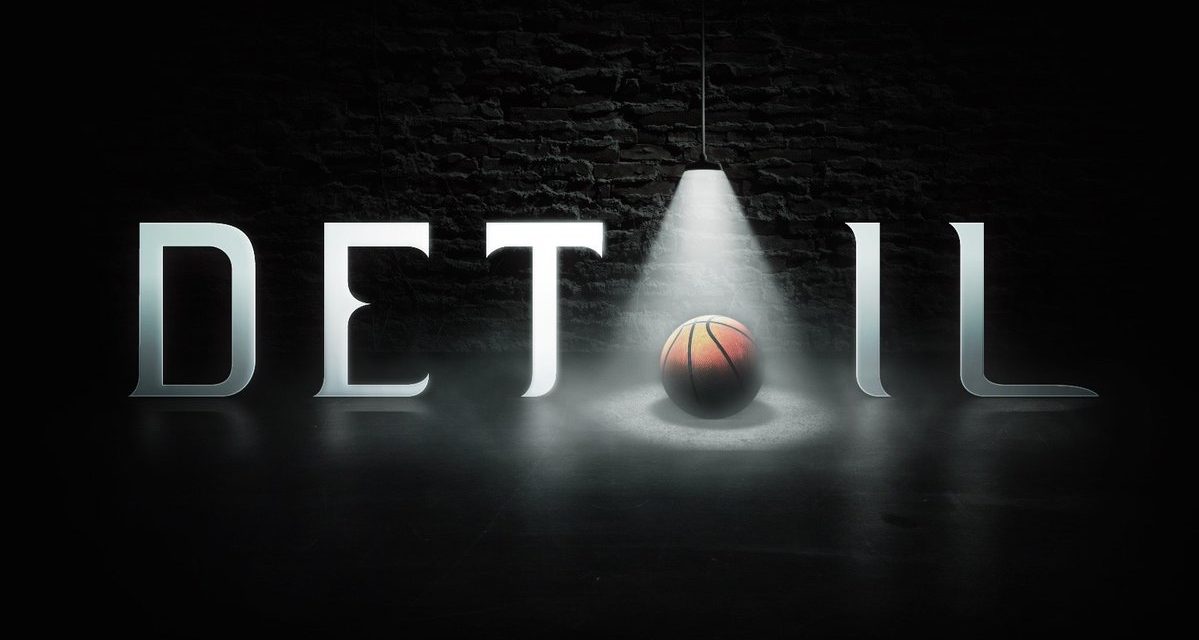 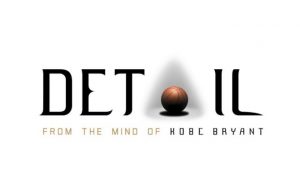 Kobe Bryant’s analysis show, ‘Detail,’ is set to premiere Thursday, April 12, exclusively on ESPN+. The 15-episode series is a collaboration between the Los Angeles Lakers legend, his Granity Studios, and ESPN.

In the debut show, Bryant will highlight and analyze the matchup between the Los Angeles Lakers and Denver Nuggets in Game 6 of the 2009 Western Conference Finals. He scored 35 points in 42 minutes to send the Lakers to a second consecutive appearance in the NBA Finals.

The second episode of ‘Detail’ will be available on ESPN+ on Sunday, April 15, the day after the 2018 NBA Playoffs begin. The show is written, produced and hosted by Bryant, who recently became the first former NBA player to win an Oscar Award. 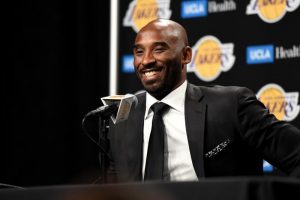 Although the series begins with Bryant looking back on a game he played in, the five-time champion will provide insight and analysis as he also breaks down current playoff games.

The schedule calls for multiple episodes of ‘Detail’ to be made available during the first two rounds of the playoffs, followed by three episodes during the Eastern Conference Finals, and up to seven airings for the NBA Finals.

Every show ill be available on ESPN+. The platform is the network’s new direct-to-consumer subscription streaming service that launches on April 12. It will be integrated with a redesigned ESPN app.

Segments from ‘Detail’ will air on Get Up!, SportsCenter, The Jump, NBA Countdown, and across ESPN’s digital and social media platforms.

The show will be made in collaboration with Bryant’s @kobebryant storytelling platform, Granity Studios. 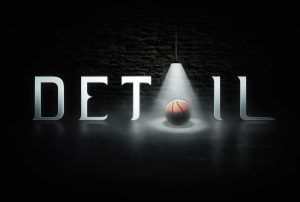 “Studying game film is how the best get better. It’s the university for a master’s degree in basketball,” Bryant said. “I learned how to study film from the best coaches of all time—Phil Jackson and Tex Winter. Detail provides an opportunity to teach that skill to the next generation on large platform with ESPN.”
MORE ON MR. KOBE “BEAN” BRYANT

Kobe Bean Bryant (born August 23, 1978) is an American former professional basketball player. He played his entire 20-year career with the Los Angeles Lakers of the National Basketball Association (NBA). He entered the NBA directly from high school and won five NBA championships with the Lakers. Bryant is an 18-time All-Star, 15-time member of the All-NBA Team, and 12-time member of the All-Defensive team. He led the NBA in scoringduring two seasons, and ranks third on the league’s all-time regular season scoring and fourth on the all-time postseason scoring list. He holds the NBA record for the most seasons playing with one franchise for an entire career and is widely regarded as one of the greatest basketball players of all time.[3][4][5][6] Bryant is the firstguard in NBA history to play for at least 20 seasons.

The son of former NBA player Joe Bryant, Kobe Bryant enjoyed a successful high school basketball career at Lower Merion High School in Pennsylvania, where he was recognized as the top high school basketball player in the country. He declared for the NBA draft upon graduation and was selected in the 13th overall pick in the 1996 NBA draft by the Charlotte Hornets, who traded him to the Lakers. As a rookie, Bryant earned himself a reputation as a high-flyer and a fan favorite by winning the 1997 Slam Dunk Contest, and he was named an All-Star by his second season. Despite a feud between them, Bryant and Shaquille O’Neal led the Lakers to three consecutive NBA championships from 2000 to 2002. 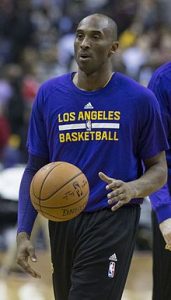 In 2003, Bryant was accused of sexual assault in Colorado, but the charges were eventually dropped, and a civil suit was settled out of court. After the Lakers lost the 2004 NBA Finals, O’Neal was traded to the Miami Heat. Bryant became the cornerstone of the Lakers, and he led the NBA in scoring during the 2005–06 and 2006–07seasons. In 2006, he scored a career-high 81 points against the Toronto Raptors, the second most points scored in a single game in league history behind Wilt Chamberlain’s 100-point game in 1962. Bryant was awarded the regular season’s Most Valuable Player Award (MVP) in 2008. After losing in the 2008 NBA Finals, he led the Lakers to two consecutive championships in 2009 and 2010, earning the Finals MVP Award on both occasions. He continued to be among the top players in the league through 2013, when the 34-year-old Bryant suffered a torn Achilles tendon. Although he recovered, his play was limited the following two years by season-ending injuries to his knee and shoulder, respectively. Citing his physical decline, he announced that he would retire after the 2015–16 season.

At 34 years and 104 days of age, Bryant became the youngest player in league history to reach 30,000 career points. He became the all-time leading scorer in Lakers franchise history on February 1, 2010, when he surpassed Jerry West. During his third year in the league, Bryant was chosen to start the All-Star Game, and he would continue to be selected to start that game for a record 18 consecutive appearances until his retirement. His four All-Star MVP Awards are tied for the most in NBA history. At the 2008 and 2012 Summer Olympics, he won gold medals as a member of the U.S. national team. Sporting News and TNT named Bryant the top NBA player of the 2000s. In 2018, Bryant won the Academy Award for Best Animated Short Film for his film Dear Basketball.

Bryant established Kobe Inc. to own and grow brands in the sports industry. The initial investment was in the BodyArmor sports drink company in 2014. The headquarters are in Newport Beach, California.

On August 22, 2016, Kobe and his business partner Jeff Stibel launched Bryant-Stibel, a venture capital firm focused on different businesses including media, data, gaming, and technology, with $100 million in funding.

Bryant is the official ambassador for After-School All-Stars (ASAS), an American non-profit organization that provides comprehensive after-school programs to children in 13 US cities. Bryant also started the Kobe Bryant China Fund which partnered with the Soong Ching Ling Foundation, a charity backed by the Chinese government. The Kobe Bryant China Fund raises money within China earmarked for education and health programs. On November 4, 2010, Bryant appeared alongside Zach Braff at the Call of Duty: Black Ops launch event at the Santa Monica Airport, where they presented a $1 million check to the Call of Duty Endowment, an Activision-founded nonprofit organization that helps veterans transition to civilian careers after their military service has ended. 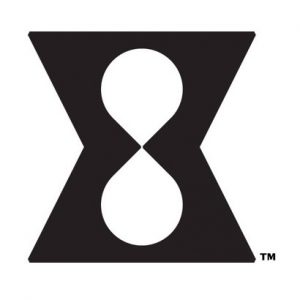 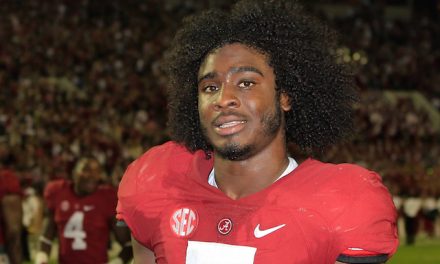 “SUPER ASSERTIVE AND INTENSE” Alabama DB Tony Brown, ‘WHO WILL BE PLAYING ON SUNDAYS”, Is All Business Ahead Of The National Championship Game, “AND IT PAYS OFF” As The Alabama DB Tony Brown Opens The Game by overpowering And Taking The Ball From Georgia WR For A Great Interception 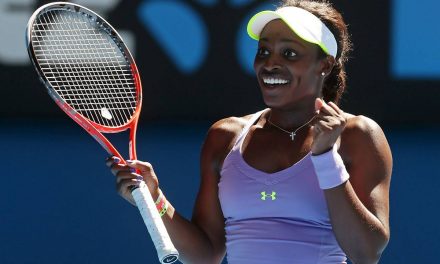 WELCOME BACK SLOANE STEPHENS, YOU’RE STRONG AS EVER, PLAYING GREAT AS EVER, AND WINNING AGAIN